We use cookies to provide you with a better experience. By continuing to browse the site you are agreeing to our use of cookies in accordance with our Privacy Policy.
Home » Preparing for an OSHA inspection
Federal agencies Inspections Infographics
PREPARATION IS KEY

Preparing for an OSHA inspection

Do you know what to do if OSHA pays a surprise visit? 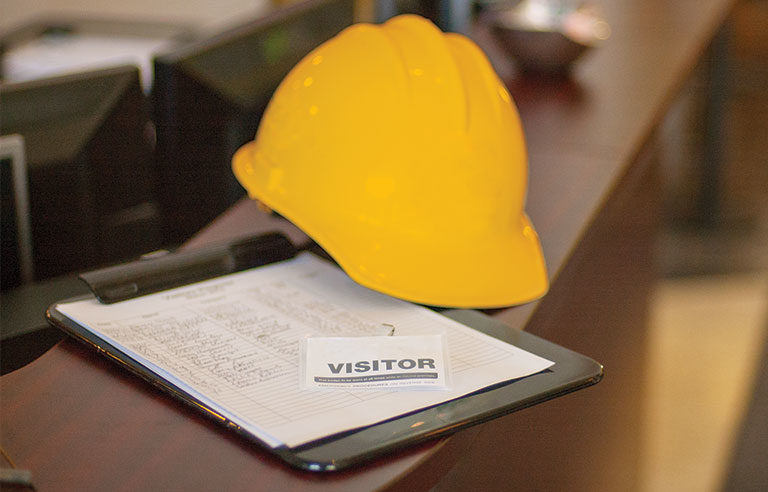 Before the walkaround begins, the OSHA inspector may ask if your facility has any unique dangers. Ensure inspectors are wearing appropriate personal protective equipment for your site. Although some inspectors may bring their own PPE, be prepared to provide them with the necessary gear.

“We should hold them to the same requirements,” Dankert said. “It really shows your commitment to safety and that it extends to them.”

How the inspector chooses to conduct the walkaround will vary greatly, Kaletsky said. The walkaround may begin with particular machines or a certain production area, or the inspector may want to see how a process runs from beginning to end. Some inspectors may want to start at one side of the building and move across; others may go up to the top floor and work their way down.

During the walkaround, the inspector will take photos and notes and ask questions. Newquist recommends that employers do the same. Taking notes and photos ensures both sides have a record of the conversation.

Avoid a “head in the sand” mentality, in which any OSHA question is answered with “I don’t know,” Newquist said. The escort may be afraid of saying something wrong, but avoiding the question does not help either, he said. Instead, tell the compliance officer you will find the answer or get someone more knowledgeable to provide the answer.

Certain employees may be selected for a one-on-one interview with the compliance officer. Identify a private area – a conference room, for example – that can be used for these interviews. The questions will be simple – covering topics such as the type of training provided – and employers should tell their workers to answer any questions truthfully, Newquist said.

If the selected worker is too busy or in the middle of a crucial part of the production process, let the compliance officer know when the employee will be free.

“Inspectors don’t want to unduly impede production. Their goal is to get the information they need and move along,” Dankert said, adding that most conversations between employees and compliance officers take no longer than 10-15 minutes.

Some inspectors are multilingual. But in the event a worker does not speak the same language as the inspector, the compliance officer may bring in an outside translator or allow another worker to translate the conversation.

A closing conference takes place shortly after an inspection ends, although not necessarily on the same day.

Two types of closing conferences occur, according to Newquist. One is a standard, in-person meeting. The other type, which has become more prominent in recent years, is conducted over the phone. It may take several hours for a compliance officer to travel to a worksite, so conducting a closing conference over the phone allows an inspector to consult with his or her supervisor as well as save OSHA travel money, Newquist said.

On one hand, a teleconference to close the inspection can be challenging because pertinent materials, such as photographs, will have to be emailed. On the other hand, a teleconference allows the employer to put multiple people on the line to listen, including managers at other worksites who may have similar hazards.

The inspector will not ask for any money or threaten the employer with large fines unless a fee is paid immediately, as has occurred in scams involving people posing as compliance officers.

You do not need to wait until the agency gets back to you with citations before taking proactive steps. You can check in with OSHA and inform the agency if you have corrected any of the hazards pointed out during the inspection.

Correcting hazards not formally cited does not imply guilt, Newquist noted: Not every hazard the inspector points out will lead to a citation, and correcting those hazards sends a positive message to OSHA. Although not a guarantee, the agency may not follow through with issuing a citation if an employer corrects a hazard ahead of time.

Kaletsky points out that whether your facility gets cited is not the point. The identification of a hazard that could lead to a worker injury should be enough to prompt an employer to mitigate the situation.

“Anything you do in enhancing employee safety is of course a good thing,” he said.

> Next: Infographic: What to do; what not to do