We use cookies to provide you with a better experience. By continuing to browse the site you are agreeing to our use of cookies in accordance with our Privacy Policy.
Home » My Story: Tom Kinder
My Story 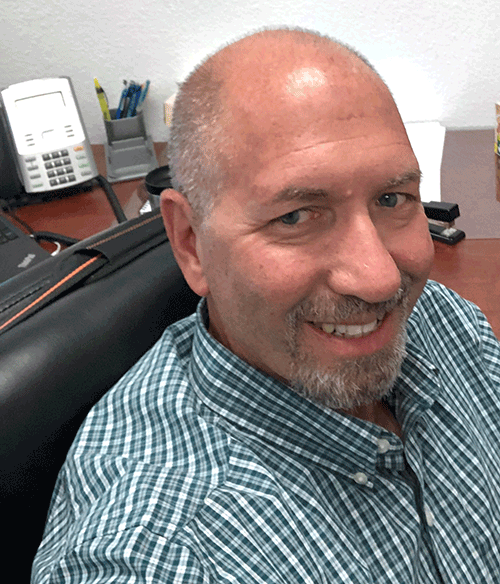 I was getting ready to retire from the U.S. Air Force after 23 years and went to a job fair on base. I approached a table that had a life-size poster of a man in a hard hat, safety glasses and other PPE, so I stopped to talk with the company representative, who happened to be a retired chief master sergeant.

After exchanging names and stories, and him telling me about the positions that were open in the local Northern California refineries, I was practically hired on the spot. The retired chief said, “I can teach you safety, but what you bring in the way of leadership and discipline is where I want to take our team.” I was blown away when he offered me a job as a safety supervisor for refinery turnarounds two days later.

The transition to the civilian workforce was not easy. There was a lot to learn about safety and the petrochemical industry, but even more to learn was a new way to get people to do what I needed them to do. At my rank in the military, if I asked someone to do or not do something, they followed that request without question. However, I found that in the civilian workforce I needed to change my approach.

I had a situation in which I had barricaded an area off and we were to keep people out of the area, but for some reason people were still crossing into the area. My old way of thinking told me that all I needed to do was tell people to stay out of the area and they would, but I was mistaken. People still would cross the barricade, and I was frustrated with their lack of discipline.

Luckily, I had a seasoned safety professional take me under his wing and show me his approach to handling this situation. He approached the same people in the area that I spoke to and told them why we needed to stay out of the area and then put a hand on their shoulder and asked them to help us keep people out. That group of people agreed to help out, and we didn’t have another problem the entire turnaround.

It was that moment that I went from being a very unseasoned “safety cop” to eventually becoming a very seasoned safety professional. Now the only way I know how to get things done is by leading and influencing. By gaining buy-in to everything we are trying to accomplish.

I wouldn’t change career fields for anything. Every day I get to have conversations with people that in some way will influence their decision-making and change the way they treat others. I try to create a team atmosphere everywhere I go and, more often than not, that approach makes all the difference in the end.