We use cookies to provide you with a better experience. By continuing to browse the site you are agreeing to our use of cookies in accordance with our Privacy Policy.
Home » Study finds people most buying fast-food kids’ meals choose less-healthy options
Home and Community Safety & Health Nutrition 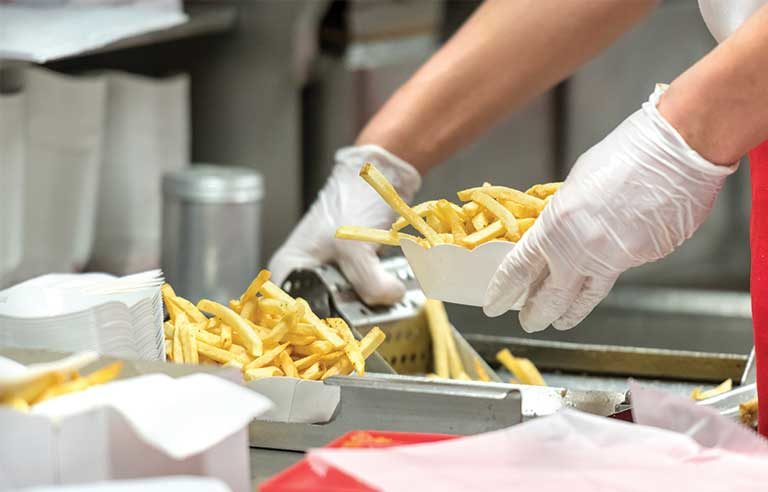 Storrs, CT — Although fast-food restaurants may offer healthier side and drink options for their kids’ meals, “many do little to make parents aware of the healthier options or to encourage parents to choose the healthier options instead of unhealthy ones,” claims a researcher at the University of Connecticut’s Rudd Center for Food Policy and Obesity.

Jennifer Harris, associate professor of allied health sciences at UConn, led a team that analyzed responses from 2,468 parents who had bought lunch or dinner for their children at McDonald’s, Burger King, Wendy’s or Subway in the week prior, combining results from separate online surveys in 2010, 2013 and 2016. Findings showed that 74 percent of participants still purchased meals with unhealthy side or drink items despite restaurants’ pledges to offer more wholesome alternatives.

In 2016, 59 percent of kids’ meals were served with healthier drinks such as low-fat milk or 100 percent juice – unchanged from 2010. Although half of the meals in 2016 included a healthier side such as yogurt or apple slices, 61 percent came with an unhealthy option such as fries or chips, reflecting some restaurants’ policies to offer two sides.

“If restaurants are serious about children’s health, they will make the healthiest choice the easiest choice for parents and the most appealing choice for children,” Harris said in a Sept. 27 press release.

Among the study’s other findings:

The researchers recommend that restaurants automatically provide healthier side and drink options with kids’ meals, and that health advocates and policymakers continue to encourage fast-food restaurants to heighten the meals’ nutritional value.

Fast-food kids’ meals: Healthier options are available, but are parents choosing them?