We use cookies to provide you with a better experience. By continuing to browse the site you are agreeing to our use of cookies in accordance with our Privacy Policy.
Home » Salary Survey 2019
Resources Statistics Performance measurement Infographics Survey responses from over seven different regions of the country were examined. The greatest number of respondents making at least $100,000 are from the Pacific and Mountain region (70), which includes the United States' most populous state, California. New England, however, had the largest percentage of respondents (49.1%) reporting a salary of at least $100,000. In both regions, most of the respondents were in the $100,000-$125,999 range.

The Central region – Arkansas, Iowa, Kansas, Louisiana, Minnesota, Missouri, Nebraska, Oklahoma, the Dakotas and Texas – garnered the highest number of responses with 237. The South Atlantic region – Delaware, the District of Columbia, Florida, Georgia, Maryland, the Carolinas, Virginia and West Virginia – had the greatest diversity in pay, with seven of the 11 salary bands registering at least 10%. 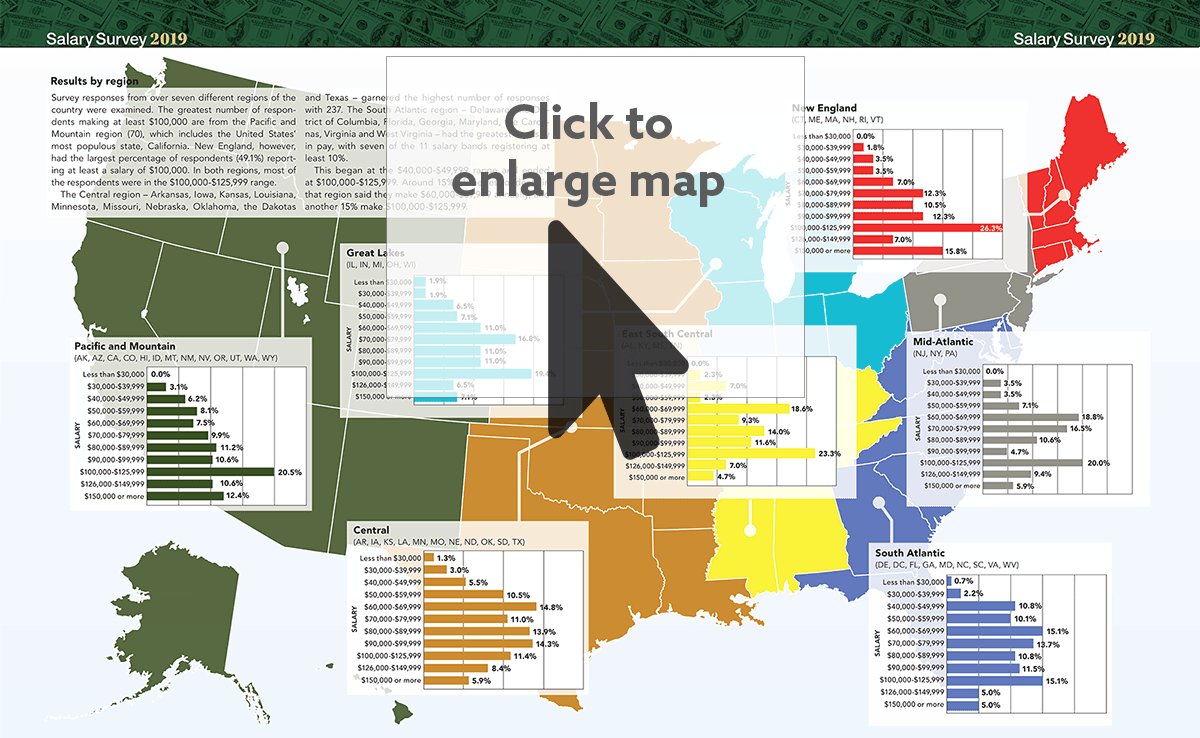