We use cookies to provide you with a better experience. By continuing to browse the site you are agreeing to our use of cookies in accordance with our Privacy Policy.
Home » Safe scaffolding
Fall prevention Construction Injury prevention

Investments in training and materials can help prevent incidents John Newquist can spot scaffolding violations from his car. As a former OSHA area director in Peoria, IL, and a longtime employee at the agency (1983-2012), all it takes him is a quick glance while driving past a jobsite. 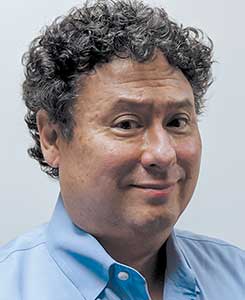 Newquist and his colleagues want workers to be more aware of the dangers associated with scaffolds, as well as be able to spot violations. For employers, experts who spoke with Safety+Health agreed that training and a small financial investment provide the easiest path to compliance under OSHA’s Scaffolds Standard (1926.451).

Scaffolding hazards are most prevalent in construction, according to OSHA, which estimates 2.3 million people – about 35% of workers in the industry – perform tasks while using the equipment. The agency also states that around 4,500 construction workers are injured in falls from scaffolding each year.

NIOSH data shows that, in 2016, 60 construction workers died as a result of a fall from scaffolding, making up nearly 20% of all fatalities in the industry that year. An agency fact sheet issued in April notes that 86% of falls from scaffolds occur in the construction industry.

“Many employers simply fail to consider or understand the requirement of scaffolds,” said David Consider, senior workplace safety consultant and trainer at the National Safety Council. 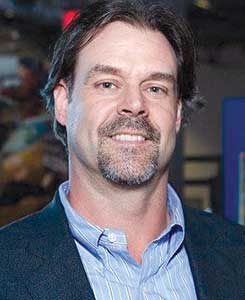 ‘Lack of training’ an issue

Over the past decade, the scaffolding standard has ranked as high as No. 1 and as low as No. 3 on OSHA’s annual Top 10 list of most frequently cited violations. The annual number of violations, however, has declined over this period – to 3,228 in fiscal year 2019 (ranking No. 3) from 9,056 in FY 2010, when scaffolding held the top spot.

Several consistent violations of the scaffolding standard point to one area of concern, said Mike Kassman, director of OSHA and disaster response training at the Center for Construction Research and Training – also known as CPWR. “The majority of this lies in the lack of training,” he said. 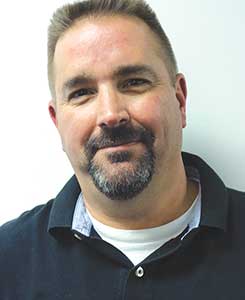 For employers, this means designating a competent person who, per OSHA’s definition, can identify workplace hazards – via training and/or experience – and has the authority to correct them. Part of the competent person’s responsibilities should be training others on safe scaffolding practices.

“You’ll have a solid training program if you know the fundamental aspects of the scaffold standard and how to apply it to your workforce,” Consider said.

“The education is out there,” said Newquist, who specified scaffold manufacturers as a particularly reliable source for information. “There’s plenty of assistance online. [Manufacturers] will tell you how to build it. They have videos. Every manufacturer has pictures of what it should look like when it’s done.”

In December, OSHA released final data for the agency’s FY 2019 “Top 10” most cited violations. The following is a list of the five most cited sections of the scaffolding standard, as well as expert advice and potential solutions to abate their related hazards:

Preventing falls is an important national emphasis for OSHA, which already has planned its 2020 National Safety Stand-Down event (May 4-8). Fall-arrest systems, such as a body harness or a fall protection system in a bucket, can be bought for about $100, Newquist said.

1926.451(e)(1) – 413 violations: When scaffold platforms are more than 2 feet above or below a point of access, portable ladders, hook-on ladders, attachable ladders, stair towers (scaffold stairways/towers), stairway-type ladders (such as ladder stands), ramps, walkways, integral prefabricated scaffold access, or direct access from another scaffold, structure, personnel hoist, or similar surface shall be used. Cross braces should not be used as a means of access.

“Access and egress to a scaffold is cumbersome, and in some cases can be problematic,” Kassman said. This includes workers having to climb a gap of 2 feet or more or jump off a scaffold from 2 feet or higher. Jumping down, for example, can result in ankle or knee injuries. Climbing cross braces not meant as an access point is also a common safety concern.

1926.451(b)(1) – 384 violations: Each platform on all working levels of scaffolds shall be fully planked or decked between the front uprights and the guardrail supports.

Failed planking or decking is a familiar concern for workers, especially when it comes to wooden planks. This is why Newquist prefers more durable metal planking. “It’s three times as strong (as wood) and it grips the frame,” he said. OSHA mandates that the space between the platform and uprights be no wider than an inch.

“All that force (from a scaffold) is generated in one area,” Kassman said. So using both a baseplate with a mudsill under it helps ensure the stability of the scaffold and proper load distribution. Screw jacks, according to CPWR, can be used above the baseplate to ensure a scaffold is level. If your scaffolding has wheels, make sure they are locked before work begins.

Among the highlights of this section are that top rails of supported scaffold systems manufactured in 2000 or later must be installed between 38 and 45 inches above the platform surface, OSHA states, while mid-rails should be installed approximately halfway between the top rail and the platform. Additional rails, if needed, should be no more than 19 inches apart.

For extra protection, when platforms are more than 10 feet above a lower level, toeboards should be installed, per OSHA (1926.451(h)(2)(ii)), to guard against falls, as well as tools falling to lower levels. “Now the worker is in a solid ‘box,’ and it’s pretty hard to have any kind of injury,” Newquist said.

Consider recommends employers partner with a third-party consultant or industry peer group to conduct routine safety audits and share best practices. “That might help them understand the hazards that are often unique to their locations,” he said.

The price of safety in regard to scaffolding is “inexpensive when compared to an array of potential OSHA fines,” said Newquist, who added that the cost is about $100 a foot.

“A 14-foot scaffold with full guardrails, full baseplates, full planking is going to be about $1,400,” said Newquist, who runs a safety training business. “It will last you about 30 years.”

According to OSHA’s list of 2019 adjusted civil penalties released in March, the lowest minimum penalty is $947 per violation.

“It’s pretty tough for a person to say, ‘I can’t afford it.’” Newquist said.

“It’s a small investment for a company to buy equipment,” said Newquist, who noted that scaffold components are more accessible than ever thanks to large home improvement chains and the internet.

Employees can play a key role simply by speaking up about scaffolding issues when they identify them.

“If they know the rules, they’re not going to get up there with a bad scaffold,” Newquist said. “They’ll tell their employer, ‘We just need to go out and spend $100 and we’ll make this thing better.’ A lot of times, abatement is only a few hundred dollars.”

During Newquist’s tenure at OSHA, he found scaffolds to be among the quickest items to inspect.

In addition to simply driving past a jobsite, inspectors can be tipped off when workers submit photos of shoddy scaffolds.

“These are fairly fast inspections,” Newquist said. “Who’s up there? Who’s the boss? What kind of training have you had? Let me see your safety program. It’s 30 minutes to an hour, at most. [Inspectors] are going to find a lot of hazards in a short amount of time.”

Along with preventing on-the-job fatalities and injuries, high-quality scaffolding construction “is a good habit,” Newquist said. “When people see a good scaffold, it shows that you do good, quality work and you take pride in it.”

Do women feel safe at work?