We use cookies to provide you with a better experience. By continuing to browse the site you are agreeing to our use of cookies in accordance with our Privacy Policy.
Home » My Story: David Fender
My Story My second thought was, “I am going somewhere where they kill people in accidents.” My aviation experience had been primarily research and development-related, and my new job was another such assignment. I knew that in that kind of work, safety was paramount, things were very controlled and chances just weren’t taken. So, for this type of accident to occur in that environment, something must have gone very wrong.

That was pretty much the end of the phone call, and I completed both training courses and reported for duty as the new aviation safety officer. I found out that three people had died in that mid-air incident. The only survivor was the aviation safety officer and, when he reported back to duty, he decided it was time to immediately retire.

It turned out that this organization really was very tuned in to safety. As I got into the aviation safety officer job, I began to like it and, before retirement, ended up having a few more aviation and non-aviation safety-related assignments.

While in the Army, I also received a master’s degree in safety from the University of Southern California and became a Certified Safety Professional. So a single phone call redirected my Army career, even though I went into safety dragging my heels.

After retirement from the Army, I received a doctorate and became a university professor in the occupational safety and health department and, after 21 years of teaching, research and publishing, I retired again. I have found that it is hard to get the “safety bug” out of my system because, even in retirement, I still teach safety courses and am an officer in the local chapter of the American Society of Safety Professionals.

One of the things I used to tell my students is that no one knows where they will end up because of circumstances and opportunities that they will not expect. One conversation, one incident, one meeting and even one phone call can send your life in an entire new direction. In my case, it was toward saving lives. 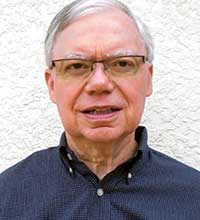