The current state of psychological safety

Although the idea of psychological safety has already been embraced by organizations abroad – in Canada and Australia, for example – it has only recently begun to gain traction in the U.S. safety community. 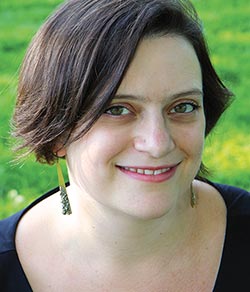 “We’re in the early stages of looking at this,” said Rachael Cooper, former senior program manager, substance use and harm prevention safety, at the National Safety Council. “There’s no OSHA or legal standard that an employer is going to be held to when they’re talking about psychological safety in the workplace. So, right now, NSC is acting as a convener of voices and looking at how we can make this a more accessible topic to employers of different sizes, across industries, etc.”

Employers who are actively promoting psychological safety are navigating without a roadmap, noted Dina Toto, director of safety and health at The Chemours Co., a global chemistry company that’s in the process of rolling out an organization-wide training program on the topic. 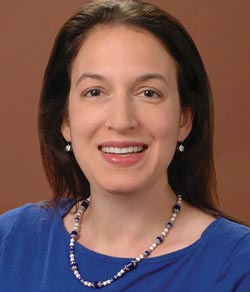 “Our biggest challenge right now is we don’t have a lot to benchmark with,” she said. “We do look at other countries and some companies whose programs may be a little bit more mature, but these are relatively new concepts in workplace safety with many different facets.”

“There’s nomenclature confusion,” Cooper said. “Even when we discuss this internally at NSC, we still make sure that we define it at the beginning of the conversation because it is really easy to flip to whatever you think is the most relevant aspect. Some people have associated it with diversity, equity and inclusion.

Some people have associated it strongly with workplace mental health.” Some organizations, including Chemours, view psychological safety as part of a holistic approach that includes physical and psychological well-being.

“We want to think about the entire person when thinking about safety,” Toto said. “In the chemical space, specifically, we’ve gotten really good at physical safety. We know what hazards to look for, we know how to measure it. But that doesn’t address the other side of safety, the other parts of a person, feeling safe in all aspects of what you do.”

The term also lends itself to some misconceptions – especially that “psychological safety” means conversations will be comfortable and messiness will be avoided.

“It is not simply being nice or a promise that all ideas will be adopted, or that the workplace will be free from conflict,” said Mark Hambrick, regional health and safety manager at Silent-Aire USA. “Psychological safety is the ability to have tough conversations and grow from them as an individual, group, team and organization.”

Hambrick has worked in environmental, health and safety since the 1990s, but adopted the idea of psychological safety only recently while pursuing a graduate degree in organizational leadership. His efforts to foster psychological safety among the teams he works with have required him to embrace discomfort.

“It’s a continuous work in progress,” he said. “It can be very challenging because you have to keep your ego in check, share your own experiences and weaknesses, and do a lot of self-reflection to understand the part you play in a situation. It’s the farthest thing from safe.”

This tension – making sure workers are comfortable enough to have uncomfortable conversations – is productive, Toto said. Even before Chemours’ psychological safety initiative, the company had been promoting “courageous conversations” as part of its continuous improvement efforts.

“If we want to keep improving, we need to have courageous conversations – in a very respectful way – in meetings or one on one,” she said. “Instead of tabling the hard stuff, you deal with it head-on and move on.”