We use cookies to provide you with a better experience. By continuing to browse the site you are agreeing to our use of cookies in accordance with our Privacy Policy.
Home » Deepwater Horizon cleanup workers at increased risk of asthma: study
Federal agencies Research/studies Worker health and wellness Workplace exposures Respiratory conditions Oil and gas Mining_Oil_Gas 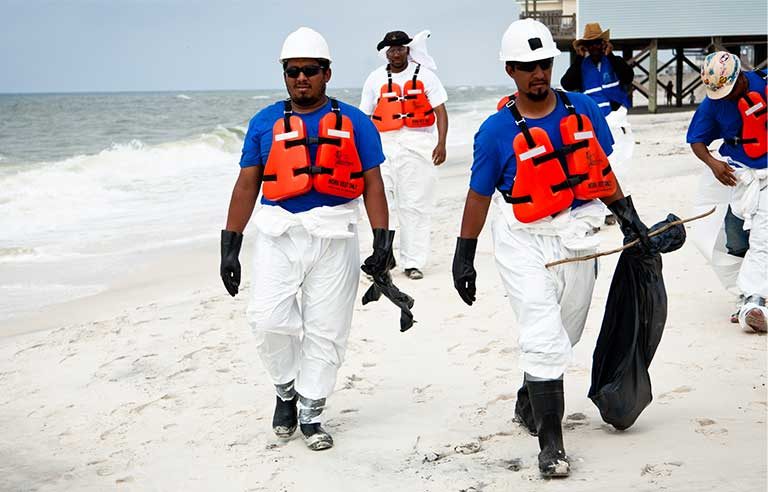 Washington — Workers involved in cleanup after the 2010 Deepwater Horizon oil rig disaster were significantly more likely to have been diagnosed with asthma or experienced asthma symptoms within three years of the incident, according to a new study from the National Institute of Environmental Health Sciences.

For the ongoing Gulf Long-Term Follow-Up Study, NIEHS researchers analyzed data for more than 19,000 workers who responded to the resulting oil spill in the Gulf of Mexico and compared it with data for nearly 5,600 people who underwent training but weren’t involved in the cleanup. They found that the cleanup workers were 60% more likely to report that they developed asthma or experienced its symptoms.

The researchers approximated worker exposure to oil spill-related chemicals before examining the relationship between cases of asthma diagnosed by doctors or asthma-related symptoms.

“This is the first study to ever look at specific chemicals from oil spills and link them to respiratory diseases,” Dale Sandler, lead researcher on the GuLF STUDY and chief of the NIEHS Epidemiology Branch, said in a press release. “If you were an oil spill cleanup worker in the gulf experiencing wheezing or other asthma-like symptoms, it would be good to let your health care provider know you worked on the oil spill.”

The study was published online in the journal Environment International.