Patience pays off in work zones

Safety has improved, but not enough, experts say

Gary Farrell promised his wife that he would be home by noon.

Farrell, 48, was directing traffic on Nov. 2, 2009, as a flagger in a work zone along Route 28 in upstate New York. He was protecting fellow crew members as they worked on roadside ditches.

In doing so, Farrell paid the ultimate price. He was struck and killed by a pickup truck at 11 a.m.

Every year, hundreds of workers and motorists lose their lives in work zone crashes. And although safety has improved during the past decade, experts say, more needs to be done to prevent these tragedies.

That is one reason why state transportation departments and other safety advocates from across the country took part in National Work Zone Awareness Week late last month. This year’s theme was “Expect the Unexpected,” which aimed to encourage drivers to use extra caution when traveling through work zones. The annual event is organized at the national level by the Federal Highway Administration, the American Traffic Safety Services Association and the American Association of State Highway and Transportation Officials.

Farrell left behind his wife, Michele, and their three children: James, Devyn and Alexander. Michele spoke about her family’s terrible loss in a public service announcement on behalf of workers with the New York State Department of Transportation.

In a work zone, she said, one careless moment could change everything.

In 2013, the department recorded 17,266 crashes, 3,522 serious injuries and 115 fatalities in the state’s road construction and maintenance zones. Eighty-four percent of those killed in work zones were motorists; 70 percent were men; and 42 percent of fatal crashes involved drugs, alcohol or distracted driving.

“It’s huge in Texas,” Cross said. “At any time, there could be [up to 2,500] different maintenance construction projects going on in the state. That would be more toward the warmer months of the year when we’re doing maintenance as well as construction.”

TxDOT offers the following safety recommendations for drivers passing through a work zone:

“We also remind Texans that it’s a state law that your fine can double if you’re cited in a work zone while workers are present,” Cross said. “We use that time to remind people, ‘This is a law. It could cost you – not just in your pocket, but with your life or someone else’s.’”

Educating drivers plays a significant role in improving work zone safety, according to experts, but it is not the only strategy. Organizations also must ensure they provide employees with the proper training and equipment to stay safe on the job.

James Baron has devoted much of his career to work zone safety. He is the director of communications and public relations for Fredericksburg, VA-based ATSSA, which joined forces 16 years ago with FWHA and AASHTO to help protect workers and motorists alike.

Baron said much has changed in terms of safety gear.

“We’ve come a long way with high visibility,” Baron said. “There’s a lot better technology in the reflective garments now. That has advanced significantly, the apparel that they wear.”

Baron also said worker training has improved in both quantity and quality.

“If they are trained correctly, not only is the work zone set up correctly and the job gets done more efficiently, but the motorist benefits from that as well,” Baron said. “Because if you have a work zone, you don’t just go out there and set up 30 drums. There is a scientific formula for the spacing between the drums and how they’re supposed to be tapered, and all of that varies depending on your speed and the lane [configuration].”

Other technologies also have improved during the past few decades, including arrow boards and other portable signs that alert drivers to upcoming work zones.

“There are sensors in the pavement,” Baron said. “There are cameras. There are rumble strips. There are different types of warning signs now. There are a whole bunch of new tools out there that are increasingly making things safer for the motorist and the worker.”

Any activity in a work zone involves risk, but some actions present additional dangers. Lane closure setup and takedown can be particularly hazardous because that is when workers may be most vulnerable, according to the Washington State Department of Transportation.

Cross said he is confident that this year’s campaign made another positive difference. Safety will improve if workers do their part – and drivers do theirs.

“We sense that there’s an increasing awareness,” Cross said. “But we do feel like we need to continue to remind people: Don’t forget.”

“Sixteen years ago, if I were to ask the average motorist, ‘What does an orange sign mean?’ they would say, ‘I don’t know,’” Baron said. “Now, if you ask a motorist what an orange sign means, I guarantee they’d say, ‘It means you’re in a work zone.’ So, we have made a lot of progress.”

Yet, too many crashes continue to take place, resulting in deaths and injuries.

A national event devoted to work zone safety has helped to make a difference, advocates agree. But the fight for improvement must continue long beyond the annual campaign.

“Work zones, unfortunately, are not a once-a-year thing,” Baron said. “They’re every day of the week, all year long.” 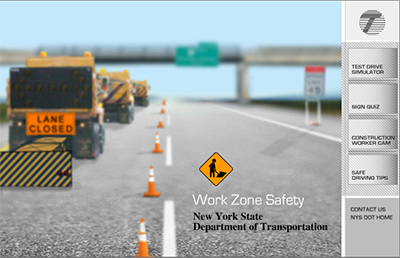