The results of Safety+Health’s 2017 Salary Survey are in.

S+H heard from 1,023 occupational safety and health professionals, who shared information on topics such as education, experience and raises.

Other information about the respondents:

View the article as it appears in the print magazine. 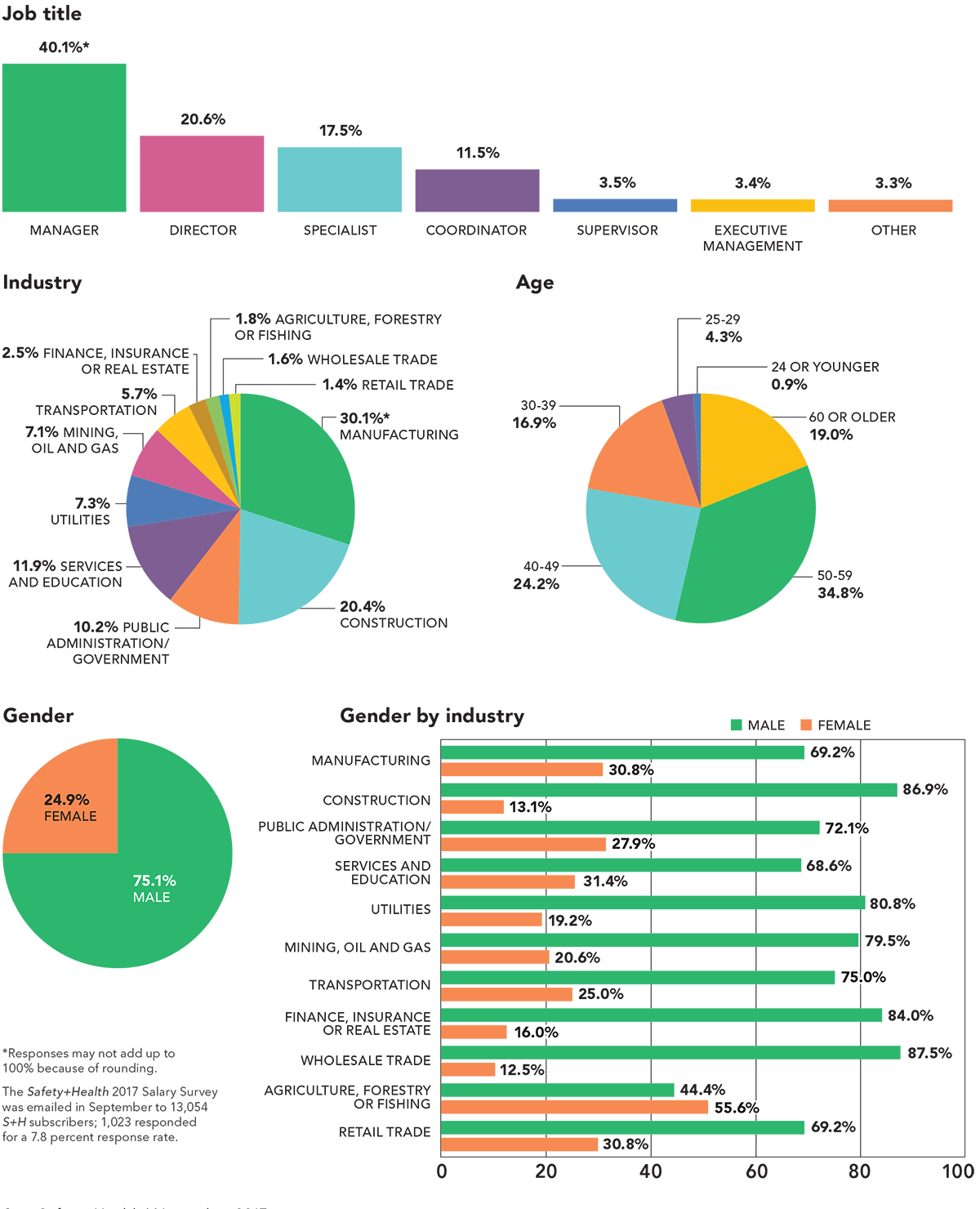 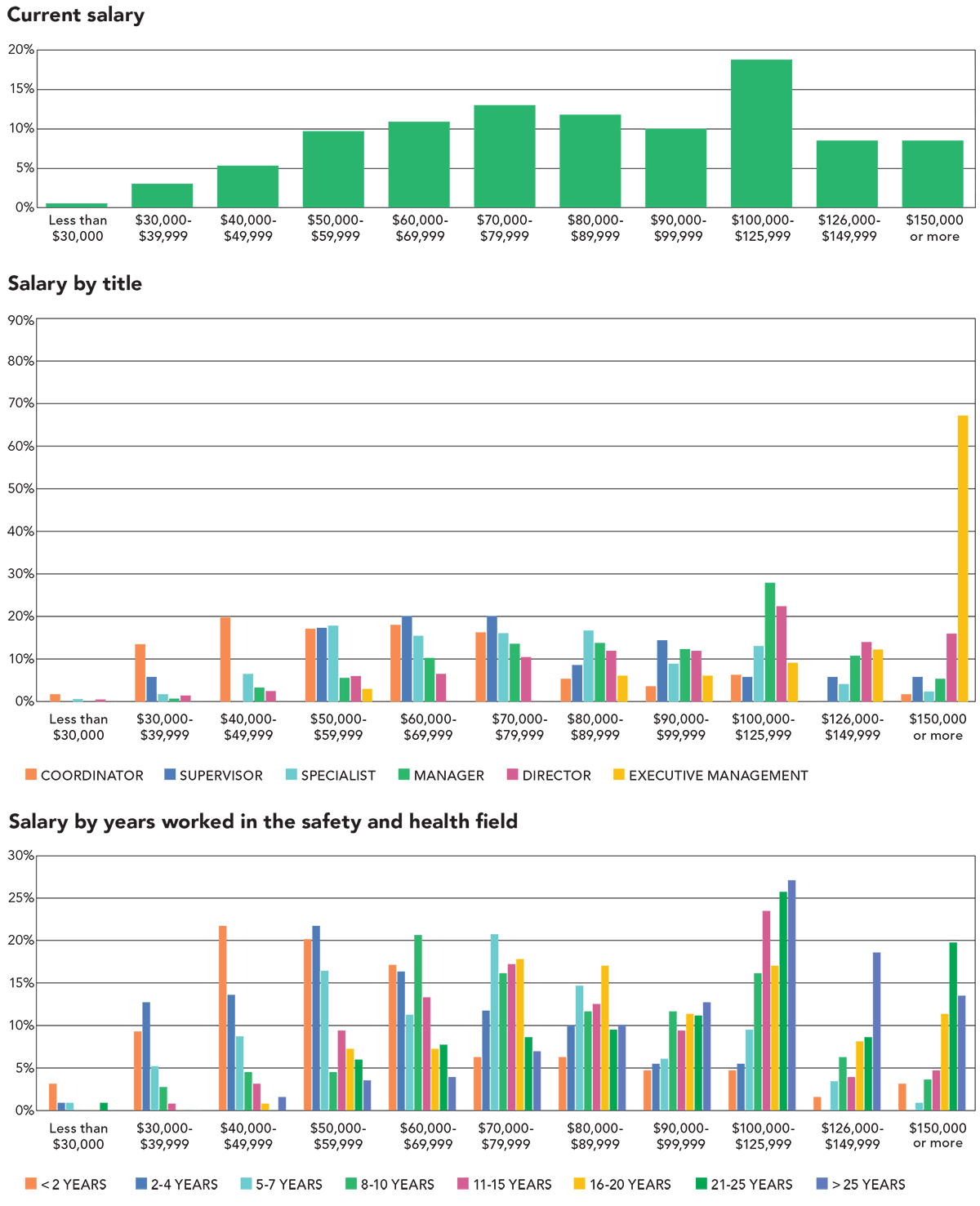 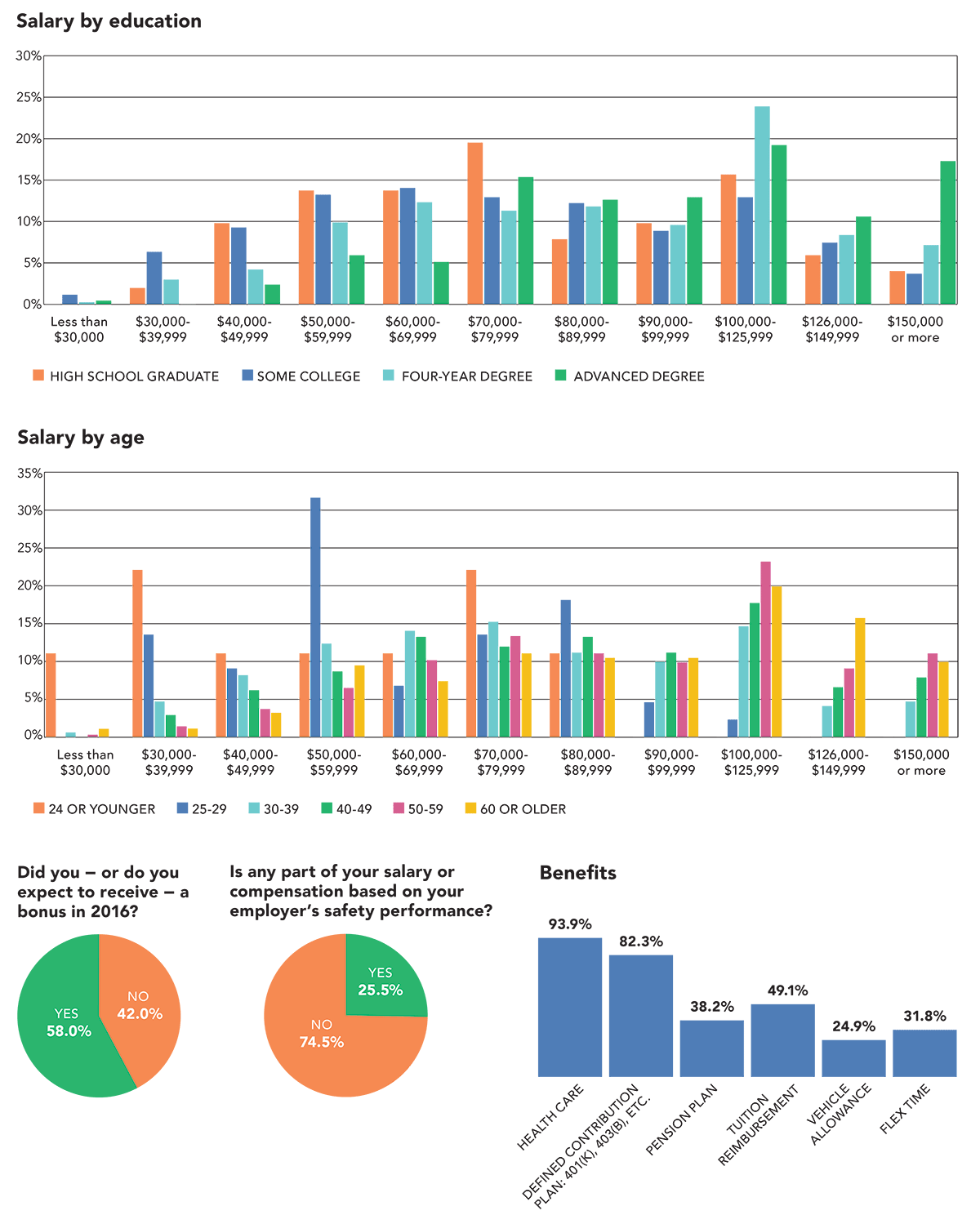 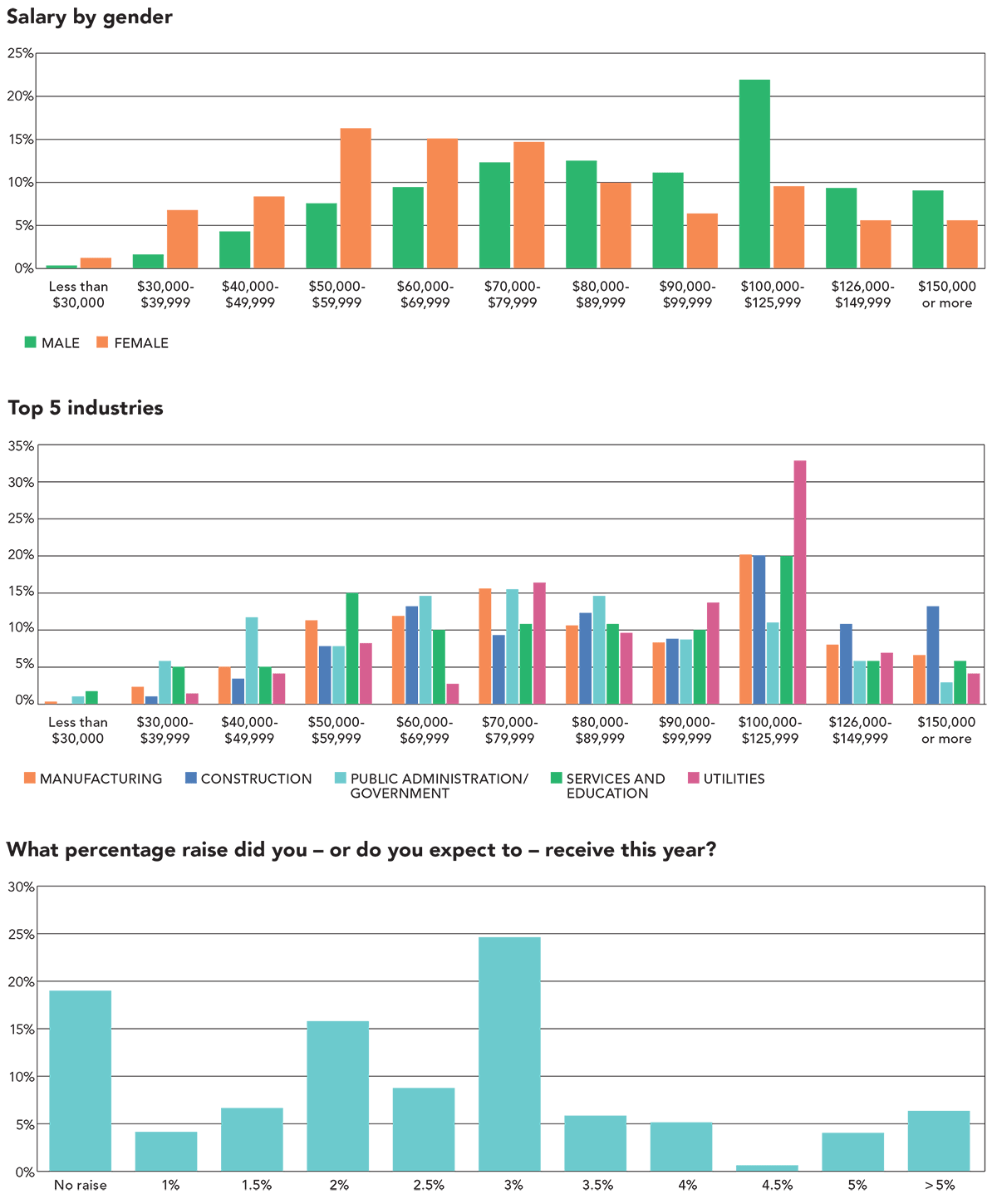 To take a closer look at the survey results, respondents were grouped into seven regions.

The region with the highest percentage of high salaries was the Mid-Atlantic region – which includes New Jersey, New York and Pennsylvania. In that region, 44.1 percent of survey respondents make $100,000 or more.

Narrowly missing the top spot was the Pacific and Mountain region, which includes California, Colorado and Washington. In that region, 44.0 percent of respondents make $100,000 or more. In third was the New England region (Connecticut, Maine, Massachusetts, New Hampshire, Rhode Island and Vermont), in which 41.2 percent of respondents reported earning six figures. 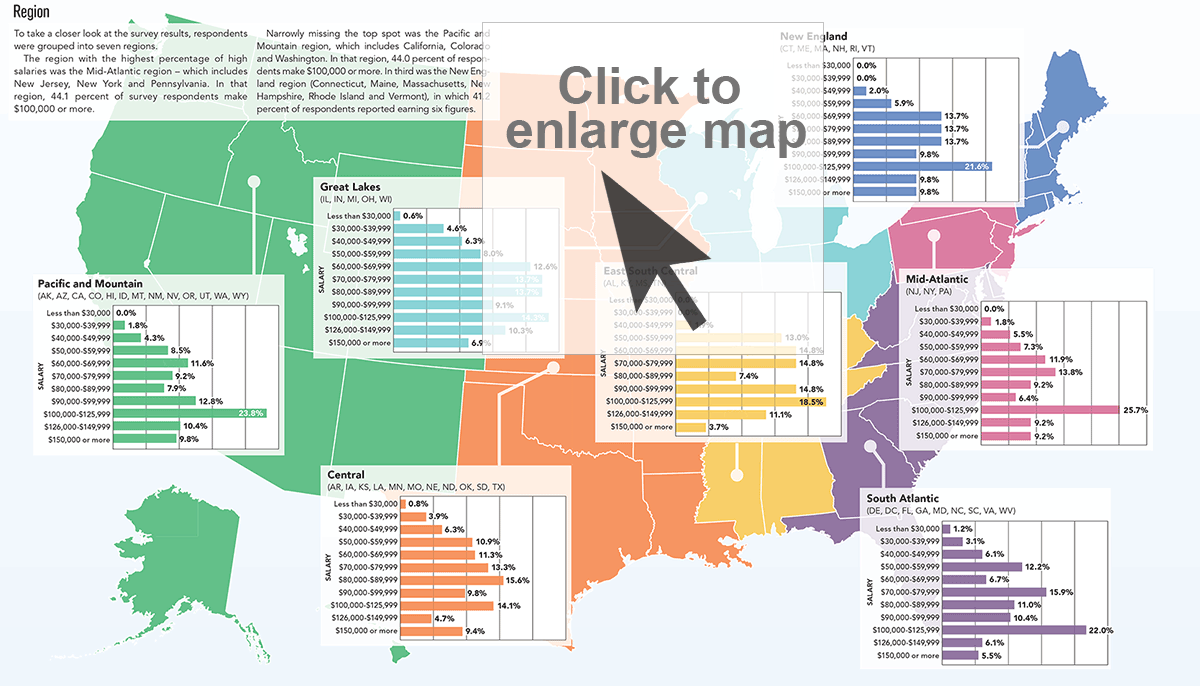 Infographic: The results in one image

You may want to place the infographic on your own website or blog. Paste the embed code below into the HTML source of your page. It will scale to fit the width of your content container.