Safety amid the swelter

Exposure to fresh air and sunlight, as well as not being confined to an office, are a few of the perks many outdoor workers enjoy. But with the good comes the bad, which includes oppressive temperatures during the summer months, when heat-related illnesses and injuries – even deaths – are a heightened concern.

For workers in the waste removal and recycling industry, being outdoors year-round and coping with extreme temperatures and weather are part of the job.

“No one really faults any trash company for not getting their trash picked up when there’s 6 inches of snow,” said Kirk Sander, vice president of safety and standards at the Arlington, VA-based National Waste and Recycling Association. “If it’s 105 degrees and humid, you also have to have the same understanding that we can’t push [our] bodies that hard.” 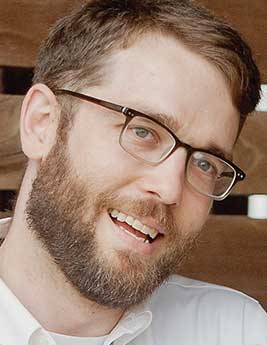 Nearly half of all jobs required working outdoors in 2016, according to the Bureau of Labor Statistics. And, from 1992 to 2016, heat stress resulted in 783 worker deaths and caused nearly 70,000 serious injuries.

Although OSHA doesn’t have a heat stress standard, experts interviewed by Safety+Health recommend that employers have a prevention plan in place and provide a written emergency plan onsite. A prevention plan should include proper training and encourage workers to drink plenty of water, take periodic rest breaks and seek shade when temperatures rise. Meanwhile, employers and co-workers should keep a watchful eye for signs of heat stress.

Because of the nature of the work, agriculture, landscaping and construction are among the most common industries in which heat-related injuries and illnesses occur, said David Hornung, heat and agriculture program coordinator for the California Division of Occupational Safety and Health – also known as Cal/OSHA.

The agency oversees the Central Valley – a 20,000-square-mile agricultural region that stretches 450 miles through the geographical center of the state – and the people who work there. “They do very intense outdoor work, often in very hot conditions,” Hornung said. “It’s very difficult manual labor.”

Outdoor labor, according to federal OSHA, can lead to ailments ranging from heat rash and heat cramps to heat exhaustion and heatstroke, which is considered a medical emergency.

Outdoor workers exposed to high temperatures are at increased risk of heat-related illnesses and injuries. Two common illnesses are heat exhaustion and heatstroke. Here are the common symptoms of each, as well as the recommended treatments.

“The harder you work, the more metabolic heat you generate,” Hornung said. “That increases your risk of heat illness. Workers have to self-monitor their water consumption, how they’re feeling. They can also watch out for one another and see if their buddies are getting signs or symptoms of heat illness and encourage them to take cool-down rests.”

Workers and employers can benefit from knowing the warning signs and symptoms of heat illnesses, as well as having prevention and emergency response plans in place.

“It’s not like you just provide them water and that solves the problem,” Hornung said. “It starts with an effective plan. The four main components we stress are shade, water, emergency procedures and training (known as SWET).”

Even before the calendar turns to July and August, workers who let their guard down may be at increased risk.

“One thing we’ve noticed with heat exhaustion is that some cases occur as early as April,” said Edward Taylor, executive director of the Construction Industry Research and Policy Center at the University of Tennessee. “The most cases seem to occur in May, before the worker is getting acclimated.”

Additionally, workers new to a job may be at greater risk of fatal heat exposure.

“The body hasn’t had time to physiologically adjust to the heat,” Hornung said. “[It’s about] ensuring that people know what acclimatization is, and that it takes a person up to two weeks for their body to get used to working in the heat.”

OSHA recommends that new workers, as well as employees returning from a prolonged absence, do 20% of an average day’s workload on their first day on the job. Work should increase incrementally each day, but not by more than 20%.

When summertime heat waves set in, the agency suggests employers implement acclimatization practices. For example, workers should start the first day of the event at 50% of their normal work pace, followed by 60% on the second day, 80% on the third and 100% by the fourth.

Not ‘unique to California’

California’s heat standard for outdoor workers went into effect in 2005.

“It’s certainly not a problem that’s unique to California,” Hornung said. “Many locations have very hot temperatures, including high humidity, which increases the risk of heat illness.”

Other states and organizations have followed suit. Minnesota, Washington and the U.S. military have adopted their own standards. Some employers across the country follow aspects of the California standard, which includes:

With California setting the pace for heat illness standards, including work on an upcoming indoor worker heat standard, some worker advocates say federal OSHA is lagging behind.

Last year, advocacy group Public Citizen submitted a petition to OSHA urging the agency to begin the rulemaking process for a national heat illness standard. The petition drew the support of 131 organizations and 89 individuals.

In the absence of such a standard, OSHA relies on its General Duty Clause in heat illness cases. The clause states that employers are obligated to provide a workplace “free from recognized hazards … likely to cause death or serious physical harm.”

Critics contend this is too broad. In its petition, Public Citizen argues that 130 million workers outside of California, Minnesota and Washington lack protections that a national heat illness standard could provide.

OSHA’s efforts to prevent heat-related illness and deaths include promoting its Water. Rest. Shade. campaign for outdoor workers and its Heat Safety Tool App – designed in collaboration with NIOSH. A free guide on the agency’s website stresses the use of a heat index chart to help protect workers and acclimatize them to high temperatures. The guide also provides planning checklists for employers to ensure worker safety.

Although some employers follow Cal/OSHA’s standard, others adopt any means necessary.

“Nobody moves to Georgia or South Carolina to escape the heat,” said Chad Collins, president and co-owner of the Athens, GA-based roofing company. “What makes our heat so tough is that we have really high humidity. Roofs are not cooling off enough at night. You now take that and put it on peoples’ bodies and ask them to work in it.”

Collins and his jobsite superintendents are on heightened alert during the summer months.

An adjusted schedule during the most difficult weather days is a tool Collins uses. On commercial jobsites, Bone Dry will remove old roofs as early as 5 a.m.

“When we’re doing heavy labor like tear-off, we’ll get all that really intensive effort out of the way before the sun even comes up,” Collins said. “That makes a huge difference. All it really entails is a little bit of planning and maybe some artificial lighting.”

When Collins’ crews are doing sheet metal detail work, the product heats up quickly as the sun rises.

“We’ll tent the work with tailgate tents, so you can create shade on the area where guys are working,” Collins said. “The difference in metal being left exposed to the sun versus the shade could be 40, 50 degrees.”

To ramp up checks on workers, Collins said he and his superintendents also rely on a third-party safety auditor for all jobsites, providing another set of eyes. “It’s dangerous work,” he said. “If you get disoriented on a rooftop, it’s easy for things to go bad in a hurry.”

For Collins and other employers, the available resources from OSHA and NIOSH, as well as those from other agencies and groups, can help workers manage extreme heat.

“I wish I had a magic recipe,” Collins said. “I don’t know that there’s a silver bullet in terms of just one thing that makes a huge difference. It’s a constant effort in trying to make sure that whatever is out there as a resource, we’ll see if it works.”

The California Division of Occupational Safety and Health – also known as Cal/OSHA – offers a sample heat illness prevention plan on its website. The 12-page document, revised in May, outlines three mandatory procedures:

In addition, Cal/OSHA strongly encourages employers to tailor these procedures based on crew size, length of work shifts, ambient temperature, and additional sources of heat or personal protective equipment that could affect workers.

How training can help

Collins said he often feels like a parent on jobsites in the summer. With a predominantly younger workforce in the roofing industry, many workers who have played sports in the summer presume they know how to avoid heat illnesses.

“One of the real concerns is young guys think nothing can happen to them,” he said. “They may nod and agree with you, but in the back of their minds, they think they’re invincible.”

Employers can combat this mindset with a consistent safety message and more conversations. Waste and recycling workers are encouraged by NWRA to ramp up communications when temperatures climb to dangerous levels.

“It’s working with your dispatcher and your manager to understand what’s happening, and scheduling check-ins and ways to keep the communication channels open,” Sander said.

Collins relies on resources such as toolbox talks from the National Roofing Contractors Association and other sources to educate workers.

“We continue to hammer home how we want them to deal with it,” Collins said. “That way, it’s not the first time they’ve heard it.” 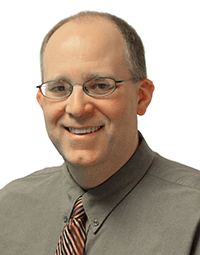