Parsons Corp. is the latest recipient of the Robert W. Campbell Award

Each year, the National Safety Council presents the Robert W. Campbell Award to an organization that successfully integrates environmental, health and safety management with business operations.

Unable to use a previously prepared onsite assessment location as a result of the delay, Parsons officials barely blinked, readying a new location on short notice.

“In this case, they had no preparation time, so what we were seeing was very raw,” Mendoza said. “It made it even that much more impressive when we went and we saw a situation that was very positive. It had great culture at the location.”

To Parsons Chairman and CEO Chuck Harrington, the key to streamlining efforts while helping ensure safety on the job starts with maintaining direct and consistent communication between supervisors, workers and contractors.

“EHS is a common value that all of our employees share, regardless of the industry they serve or the language they speak,” Harrington told Safety+Health. “Our leaders lead by example, demonstrating a hands-on approach to EHS while also empowering and setting expectations for our employees to be accountable and responsible for their personal safety and health, the safety and health of their colleagues and stakeholders, and protection of the environment where we operate.”

Harrington said that although the organization’s safety performance at the time “was flattening at ‘excellent’ or ‘outstanding’ as related to national and international standards,” Parsons committed to further performance improvements.

A major factor in Parsons’ cultivation of an award-winning safety culture is the “OWN ZERO” initiative, which took root in the mid-1990s.

According to Parsons’ award application packet, submitted in May 2019, the organization has observed a decline in its total recordable incident rate over the past 18 years, including a 31.4% reduction between 2008 and 2018.

Harrington said Parsons remains committed to “continuous improvement” and the notion that achieving zero incidents is possible. Five core attributes that have been instrumental in the evolution and success of OWN ZERO:

“The principles of OWN ZERO can be applied to an organization of any size,” Harrington said. “With leadership that reflects the importance of EHS and encourages direct employee engagement, our EHS practices could easily be scaled for different organizations. 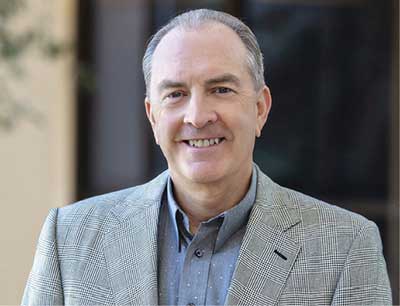 Learn more about the Robert W. Campbell Award and take a 10-question self-assessment to rate how your organization compares to the best environmental, health and safety companies in the world.

“As we frequently work with partners and subcontractors, we also work hard to make sure we have compatible EHS philosophies. A strong vetting process which does not compromise on EHS is important to maintaining a safe, healthy and environmentally conscious ethos for our team.”

A Campbell Award finalist in 2018, Parsons earned accolades that year by garnering an Industry Leader Award from NSC, as well as a Voluntary Protection Programs Star from OSHA and the Chair’s Award for Safety from the Construction Management Association of America.

Harrington said Parsons recently has observed a “significant increase” in proactive event reporting, which allows the organization to introduce corrective actions intended to prevent further incidents. A similar mindset has stemmed from a measure introduced this year that allows incidents to be flagged as potential “life-changing events.”

This, Harrington said, has prompted Parsons’ safety team to shift its focus from identifying consequences to “helping employees learn to identify and mitigate the risks of significant incidents.”

Asked what winning the Campbell Award means to  Parsons, Harrington stressed that such recognition “reminds us that it is important to continually collaborate and share best EHS practices so that our customers, partners and employees go home safely every day.”

For Mendoza and her Campbell Institute colleagues, Parsons’ interest in receiving and sharing feedback shows that the organization truly is focused on more than winning a trophy.