We use cookies to provide you with a better experience. By continuing to browse the site you are agreeing to our use of cookies in accordance with our Privacy Policy.
Home » Common hazards in utility work
Worker health and wellness Utilities A utilities crew arrives at a worksite, exits its vehicle and prepares to begin work. Everything the workers need appears to be on hand. But then someone realizes he or she forgot a piece of personal protective equipment in the truck. Reasoning that the task in question will only take a minute, the worker proceeds without the PPE.

Such oversights occur throughout the utilities industry, and Jody Rood too often has seen unpleasant consequences. “The next thing you know, you’ve got a face full of some sort of product that at the very least could inconvenience you, if not create a lifelong issue,” said Rood, president of Rockford, TN-based American Emergency Response Training.

Workers in electric, natural gas, water, sewer and other utilities share numerous safety concerns. The following is a glance at some of these common issues.

As with any industry, adhering to and complying with OSHA standards and other safety policies is an integral step in preventing injuries. OSHA standards that apply to the utilities industry include: 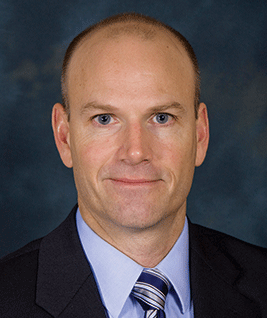 Speaking March 17 at DEKRA Insight’s “Safety in Action” conference in Chicago, James Grant, vice president of business development for DEKRA Insight, noted that serious injuries and fatalities continue to occur in the utilities industry despite the hazards being obvious and recognizable.

Grant advocates the use of “decision trees” to evaluate hazard exposure as an initial step before beginning a task. But that practice should be merely a start, he said, and ideally should augment well-established organizational protocols.

“It’s really critical that procedures are in place, that they be understandable, that they be easy to find, that people be able to use them,” he added.

If employees see co-workers not following certain elements of these procedures, let that be a natural avenue for open dialogue with supervisors and organizational safety committees, Grant said.

“If you want to change what people are doing every day, then you really need to change those incidents and consequences within the organization,” Grant said. “That doesn’t mean punishing people. That’s not what I’m saying. I’m saying you need to set up things so that people operate so that their job is easier to do in a safer way. There’s a lot of reasons why people do things that are risks versus safe.”

At Madison, WI-based Alliant Energy, Rick Irwin aims to increase dialogue. Irwin works as one of the company’s five “Safety Blue Hats,” traveling to Alliant locations in Wisconsin and Iowa to monitor crews while promoting safety best practices in the company’s electric and natural gas operations. If Irwin or one of his colleagues sees a crew working unsafely, the Blue Hat will stop the job and discuss the matter with the crew.

In some cases, hazardous worksite conditions can be a gateway to slips, trips or falls that can result in serious injury. The Canadian Center for Occupational Health and Safety offers guidance on reducing the risk of slips, trips and falls. Tips include: 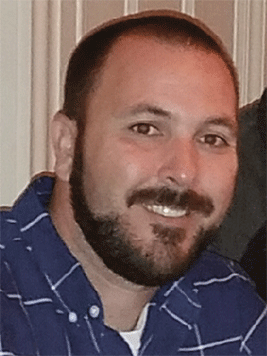 Working outdoors presents yet another set of hazards. Pete Herrera, a substation electrician in Sacramento, CA, who also has served as a Behavioral Accident Prevention Process facilitator, notes that different considerations can emerge as the year progresses.

“Anyone that’s out in the public, really walking around, those are some areas that can really cause issues,” Herrera said. “Fall time – no pun intended – and winter are kind of the bigger ones because of the leaves that all fall and cover customers’ backyards. And so as you’re walking, you can’t necessarily see a little pothole or something like that. And then … our work is overhead most of the time, and so people tend to just naturally look up at the work and not where they’re walking.”

Herrera said he and his colleagues have learned to adjust their pace relative to the terrain. If a yard or path is strewn with leaves or snow, they slide their feet to avoid stepping onto a hidden hazard. Workers also slow down if traversing uneven terrain.

If a task requires a ladder, workers must be trained on ladder safety. 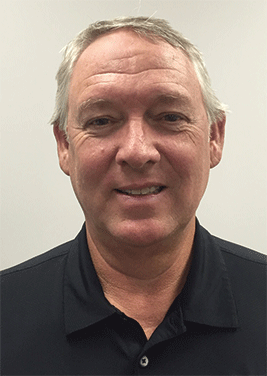 Rood relayed the story of an electrical utility that worked to reduce eye irritation injuries related to dust exposure. The solution involved placing foam rubber around the inside of workers’ protective eyewear.

Although it proved effective for its intended objective, it also created fogging inside the eyewear, reducing workers’ depth perception and visibility.

“Sometimes, we can overkill it,” Rood said. “Sometimes, you can think you’re doing a best practice and come to find out it actually can create more of an issue than what you’re attempting to eliminate.”

He added that “we should have some expertise as to the process or products” to augment the general ideas about appropriate hazard protection provided in Safety Data Sheets. He advocates networking with other safety professionals when possible.

“It’s sort of a brotherhood,” Rood said. “Most of these decisions, you don’t have to act in a vacuum. There’s others who have been down that road if you’ll just take the time and ask the questions.”

Many of these can be inherent to utility work, including awkward postures, repetition, vibration, poorly designed tools, extreme temperature and poor work organization.

Alliant employs two certified fitness professionals who help crews integrate stretching and flexibility exercises into daily routines. The company also uses battery-operated hand presses and wire cutters in an effort to curtail common injuries. “It has taken a lot of stress off our shoulders and elbows,” Irwin said.

Through a partnership arranged by their organization, Herrera and his colleagues worked with a nearby fitness center to learn a routine of basic stretches. The crew begins workdays by limbering up before entering the field, creating a low-cost, camaraderie-building activity that also fosters communication among crew members.

Additional fitness training has been provided to help workers learn the importance of positioning themselves safely and ergonomically before completing a task. Herrera said he has seen his and other organizations adopt task rotation or decrease break intervals, as tasks dictate.

“Try to really make people aware of it, because as you start getting older, you can’t keep doing that same thing without having those consequences,” Herrera said.

The many hazards of welding work