We use cookies to provide you with a better experience. By continuing to browse the site you are agreeing to our use of cookies in accordance with our Privacy Policy.
Home » Speaker Spotlight: Let’s stop being zombies: Systems approaches vs. error reduction approaches
Speaker Spotlight During a heated discussion on systems approaches versus error reduction approaches, I asked a friend: “Did you know that there are pedestrian lanes in China that are specifically for people who walk and use their ‘self phones’ at the same time?”

He was both confused and amused – mostly by my portrayal of a cellphone as a “self phone.”

Zombies are everywhere on network TV. You also can find them in movies almost once a year, and can even waste your time watching a slapstick zombie movie with Bill Murray and Adam Driver called, “The Dead Don’t Die.”

Tim Page-Bottorff appears as a guest on the April 2020 episode of Safety+Health's “On the Safe Side” podcast. His interview begins at the 11-minute mark.

So, what do zombie movies and cellphones have in common? Maybe our cellphones (or “self phones”) have turned us into zombies. Maybe we really are close to the zombie apocalypse now.

Are we so rushed for time that we need to walk and text or – even worse – drive and text? I was scrolling through Instagram the other day and saw someone driving and complaining about the driver in front of him. I hope you can put the two together, but if someone is airing a live video while driving, he or she essentially is doing the same thing as someone who is texting and driving.

Let’s go back to the argument about systems approaches I was having with my friend, who is also a safety professional. I specifically asked him: “Why are light poles in Europe now foam padded?” My friend answered quickly and said, “Because the system is failing.” I about lost my mind. I argued and argued about the foam padding around light poles and lanes specifically designed for the Chinese to walk and use their cellphones at the same time. My friend took the position that these were fixes to system problems. I suggested they weren’t fixing any problems, but rather encouraging more problems in the future.

If we continue to put foam pads around light poles, soon we’ll need to install lights operated by drones. This is a systems approach. Eventually, the drones will fly into a building or drop on someone’s head, and then we’ll be right back to where we started. People are turning into cellphone-using zombies who have no other thought than their “self phone.” Their only concern is themselves and whatever is happening on the phone in front of them – never mind the fact that there are real humans they need to interact with. Real humans at work, at home and in the community. Real humans everywhere.

I developed the “Core of Four” and the speaking topic “Lessons From a Traveling Zombie” to help vent my frustrations. After about a year into the project, I scrapped everything I had written about other people and started writing about my own errors. Airing my errors was healthy, and it made me more human. I want to continue discussing a systems approach in all my circles, but I also want to encourage a more equal human approach. This is difficult sometimes because you can fall into a trap in which it’s easier to blame the worker and/or blame the human.

Ultimately, if the human does better, the system will get better as well. If we create more systems approaches, we certainly will take the looking and thinking away from people and create zombies when we need humans.

I never would want to blame a worker/human for making mistakes, but when we crash while driving or make a driving error, it’s easier to blame and deflect than to reflect on our personal accountability. This is a zombie move.

It’s one thing to make a mistake and be human, but it’s another to make an unintentional error while making a zombie move. Let’s get back to being human and stop being zombies. 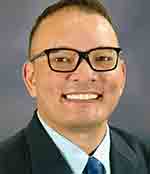 Tim Page-Bottorff, CSP, CIT, is a senior consultant with SafeStart (safestart.com). He is the American Society of Safety Professionals’ Region II vice president and lectures at Central Washington University. He also is the author of “The Core of Four – 4 Tools to Navigate Roadblocks to Great Human Performance.”