We use cookies to provide you with a better experience. By continuing to browse the site you are agreeing to our use of cookies in accordance with our Privacy Policy.
Home » My Story: Michael Edwards
My Story

There was a lot to learn, for at that time we were dealing with a lot of safety and health issues in the department. Our safety record was terrible. One of the ways I believed I could help was to become a first aid and CPR instructor in my shop. I wanted to establish a positive relationship with my co-workers and, guess what: It worked! When they realized I was not just a person they worked with every day, but a person who cared about their health and well-being, they began to be more open to what I had to say when it came to safety. The second thing I did was become a trained certified first responder in the shop. This enabled me to be the first person on the scene when any of my co-workers became sick or injured.

Ten years later, our department achieved one of its crowning moments. We received the President’s Award for 1 million man hours without a loss-time accident. This accomplishment was about management, the safety committee and every worker pulling together – being on the same page when it came to safety. I was honored to serve on this committee for 27 years. In those years, I was chair for four. Our OSHA recordable record was reduced significantly over the years because of a positive safety work culture by all.

Now retired after 34 years of service, I have seen many of my co-workers have great victories but also have great defeats. I still have that same passion about seeing working people return home to their families safely at the end of the day. I still believe that the knowledge and training I have received over the years is important. 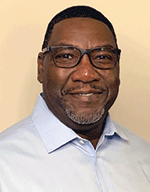