We use cookies to provide you with a better experience. By continuing to browse the site you are agreeing to our use of cookies in accordance with our Privacy Policy.
Home » Airline worker safety: FAA, house subcommittee put spotlight on passenger violence
Workplace violence Air Transportation 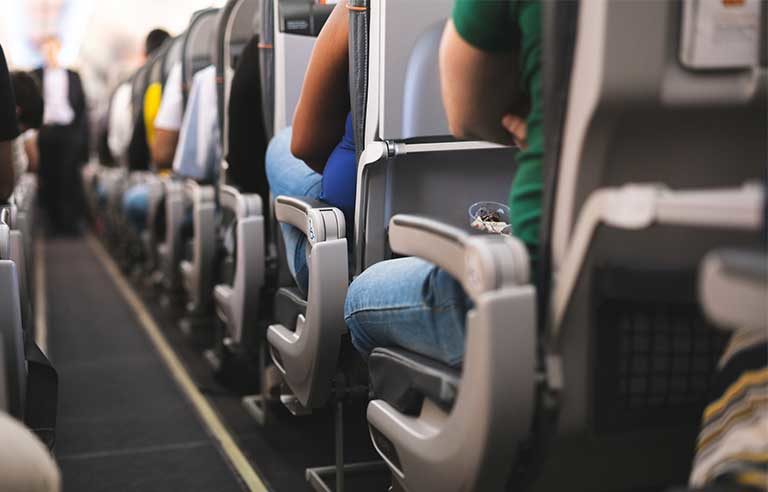 Washington — Although the rate of reported passenger violence on commercial airlines has decreased since the beginning of the year, it’s still too high, the Federal Aviation Administration says.

According to agency statistics updated Sept. 28, FAA has fielded 4,498 reports of unruly passenger behavior since Jan. 1, with 3,274 of the incidents stemming from hostility toward the federal mask mandate related to the COVID-19 pandemic.

An agency press release contends that a zero-tolerance policy launched at the beginning of the year and various public service announcements have helped improve the situation. Still, FAA notes that although, for the week ending Sept. 19, the rate of 6.2 reported unruly passenger incidents per 10,000 flights is about half the rate recorded in late March, it’s still roughly twice as high as the rate reported at the end of 2020.

A Sept. 23 hearing conducted by the House Aviation Subcommittee focused on the causes of unruly passenger behavior, its effects on passenger and crew safety, and the enforcement of laws prohibiting such behavior. Fines can extend up to $37,000 per violation for unruly passenger cases, FAA says, with a single incident carrying the potential for multiple violations.

Sara Nelson, international president of the Association of Flight Attendants-CWA, AFL-CIO, testified during the hearing that “the combative, abusive, defiant and violent behavior on our planes and in our airports” looms as a threat to flight attendants, whom she called “the eyes throughout the aircraft for threats to safety of flight.”

In cases of emergency procedure, Nelson said, “there is no time to lose to prepare the cabin and save lives. The safety of every passenger and crew member onboard is in jeopardy when our duties are interrupted or needless distractions arise.”

Nelson cited a recent AFA survey of nearly 5,000 flight attendants representing 30 airlines. Findings show that 85% of respondents encountered unruly passenger behavior in the first half of 2021. Testimony from Christopher Bidwell, senior vice president of security for Airports Council International – North America, included recommendations such as instructing airline gate agents to be extra vigilant for signs of unruly behavior, advising them to deny boarding to individuals suspected of being intoxicated and to notify airport law enforcement.

In a press release, subcommittee ranking member Rep. Garret Graves (R-LA) said it’s important to understand the scale of unruly passenger data to avoid vilifying the overall flight experience. Noting that more than 350 million passengers have flown this year, Graves said: “That’s like comparing the population of New Roads, Louisiana – a town that I represent that you all should go visit – to the population of the entire United States. So, the vast majority of flights occur without these types of ‘air rage’ incidents.”

In his remarks, Committee Chair Peter DeFazio (D-OR) urged cooperation between the aviation industry and state and federal officials to help curb the issue.

“While I am relieved that people have begun to return to the skies, we must remain vigilant in ensuring their safe travel,” DeFazio said. “That includes doing what we can to clamp down on this alarming increase in belligerent behavior. The primary solution is simple – passengers need to comply with federal and airline facemask requirements and practice kindness and respect toward air crews and fellow passengers. In the meantime, I look forward to working with my colleagues to see what we can do to support those on the front line.”