We use cookies to provide you with a better experience. By continuing to browse the site you are agreeing to our use of cookies in accordance with our Privacy Policy.
Home » Refining the requirements
Cranes
CRANE SAFETY “Some in the crane industry have said that OSHA’s equating of operator certification with ‘deemed qualified’ suggests that OSHA has concluded that crane operators with certifications are completely trained, experienced and evaluated operators, which is more akin to what the crane industry means by a qualified operator,” the spokesperson said. “‘Deemed qualified’ only refers to meeting the requirements in OSHA’s standard and was not meant to redefine operator abilities.”

OSHA is considering regulatory and enforcement options to address concerns with certification and qualification, the spokesperson added.

‘Way off base’ with capacity

Another issue is related to certifying by both type and capacity. Capacity refers to the maximum weight a crane is designed to lift. Traditionally, most third-party certifications were issued by crane type (e.g., tower cranes or mobile crane types such as lattice boom crawlers) and have not included capacity, according to Bill Davis, senior risk engineering consultant at Schaumburg, IL-based Zurich Services Corp.

The word “capacity” was included in the document C-DAC submitted to OSHA; however, Smith said the committee did not intend for it to appear in the final rule and be interpreted to mean operators had to be certified for different capacities of cranes. Currently, two of the accredited testing organizations issue certifications for both type and capacity, and two do not. The OSHA spokesperson said no one mentioned “capacity” during the rule’s comment period.

During the April meetings, attendees suggested other factors such as boom length, crane configuration and counterweight loading may be more important than maximum weight lift. Employers also questioned what would happen to certifications that were issued only for type. “We got ahead of the rule and got everyone certified. Soon we will no longer be certified even though we did the right thing,” a general contractor said, according to OSHA notes from the meeting.

OSHA’s response was that perhaps the certification organization could issue cards specifying the type and capacity of crane that had been used for testing. 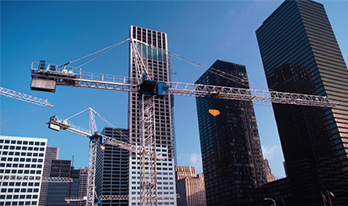 Crane Institute Certification certifies operators at five different levels of type and capacity. Dickinson said she has received positive feedback from employers about CIC’s method of certification. “In a perfect world, CIC would not have left the regulation requirements at type and capacity but would have included increasing boom lengths in the requirements for the practical,” she said.

The National Commission for the Certification of Crane Operators, on the other hand, continues to test by type only. “I think the fundamental issue here is that it doesn’t make the industry safer by testing by capacity,” Brent said. “It simply adds more testing and that’s one of the things you don’t do in a testing environment. You don’t test simply for the sake of testing.”

Smith also opposes certifying by capacity, which he said would not improve safety and would become expensive if certifying organizations had to set up higher-capacity cranes for testing.

Davis, who specializes in cranes, agreed that other factors are more relevant than capacity. “In an ideal world, each crane operator would be tested and certified for specific crane type, size, manufacturer, vintage, operational aids and attachments,” he said. “However, introducing this many variables would complicate the certification process to the point that it becomes unmanageable and impractical.”

He proposed the compromise of replacing capacity-based certification with machine-specific qualification. In that case, an employer would have to ensure each operator was certified for the class of crane, and qualified by the employer or a third-party for the make, model and configuration of the crane.

Unresolved issues aside, the standard represents a significant move forward, according to Davis.

“The new crane standard was badly needed,” he said. “The original rules were four decades old and clearly left much to be desired in the area of loss prevention. The rules, while not perfect, are well thought-out and include reasonable and practical controls.”

Although coming into compliance may be costly up front, Melanie Berg, safety director at Divane Bros. Electric Co. in Franklin Park, IL, believes the enhanced requirements will improve efficiency and decrease incidents. Already, she said, training has “improved communication amongst the signaler, the rigger and the operator, and forced the riggers to generally inspect the rigging and get rid of it if it’s inadequate or ready to fail.”

Berg said Divane’s crane operators had passed the written exam for certification as of April. Although each operator has at least a decade of experience, they told Berg they found the test challenging and learned a lot from it.

“They have much more respect now for this license requirement, whereas before they may have been like, ‘This is a hassle,’” Berg said. “They wouldn’t want to be around an [uncertified] operator now that they realize how much they didn’t know prior to taking this test.”

Her comment highlights the shared goal between OSHA and stakeholders pushing to refine the certification requirements. As Brent said, “It’s all about safety. I think that’s why passions run so high.”

Crane operator requirements: The wait is over