We use cookies to provide you with a better experience. By continuing to browse the site you are agreeing to our use of cookies in accordance with our Privacy Policy.
Home » Are you a ‘safety cop’?
Leadership Early in his career, Steven Perkins would encounter co-workers not wearing their hard hats or engaging in other unsafe behaviors.

His response was to be direct, telling them what they needed to do. 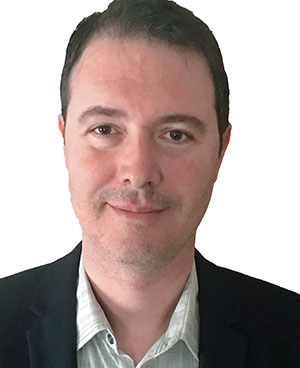 Or, “If I saw something even more egregious, I might go straight to their supervisor and tell them to halt the work until they corrected the problem.”

Perkins learned, though, that this approach led to people tuning him out. “You try to tell a 20- or 30-year veteran contractor how to do their job. They don’t particularly care for that approach,” said the business unit safety director at Minneapolis-based ERM, a consultancy firm. “So you end up just sort of feeling like, ‘Gosh, I keep nagging these people. I keep telling them and half of my day is spent just going around trying to correct their behaviors.’”

He fell into a trap that can ensnare many safety professionals, especially inexperienced ones: becoming a “safety cop.”

Perkins said that although some safety pros may believe their job – much like that of a law enforcement officer – is to make sure workers are following the rules, their primary role is actually to influence behavior.

“It’s how we intervene that really matters. Your primary role is to try to influence. You can’t do that by saying, ‘This is the rule. Follow it.’”

“The goal is to get them to identify the hazard and then collaborate about the best way or ways to manage that hazard. That way it becomes our collective safety concern, not your individual one that you’re imposing on them.”

Focus on thoughts, not actions

One reason why the “safety cop” approach doesn’t work is that it focuses on controlling workers’ actions instead of addressing the thoughts and motivations behind them.

For example, an employee may have the intention of working safely, but a tight production schedule can push them to rush or take shortcuts.

Co-presenting with Perkins at the 2019 National Safety Council Congress & Expo, Matthew Botzler – a regional environmental, health and safety manager at the chemicals company Johnson Matthey – pointed out other reasons why workers might choose to take unsafe actions: lack of hazard recognition, normalization of risk and the “illusion of invulnerability.” He used a veteran forklift driver as an example.

“They’ve been operating that forklift for 35 years. It’s like their own hand,” Botzler said. “They have a sense an incident isn’t going to happen to them because they’re good at their job. They have pride in their work. But the fact is we’re all human and we all make mistakes. Sooner or later, chances are something is going to catch up with them.” 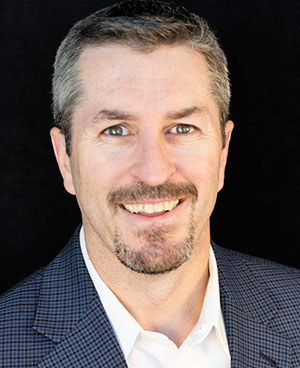 Mike Mangan, vice president of solution development for DEKRA’s consulting practice, added that people are often sensitive to status, which includes experience on a job. When a safety pro who’s never done a worker’s job tries to tell them how to do it, that can lead to resistance.

When that happens to a worker, “all of a sudden, I’m at a different status than you are,” Mangan said. “I may be the person that’s senior, I’ve got a lot of expertise in this job. And who are you, this new safety person, to tell me?”

More experienced workers may also be more vulnerable to status quo bias. We all tend to stick to our routines and can be resistant to change, even if it puts us at risk.

And don’t forget the temptation of shortcuts, which can be attractive because they may make it easier and faster to get the job done. Workers may view procedures such as donning personal protective equipment as a time-consuming hurdle or extra step.

“You’re fighting against this natural positive consequence of taking a shortcut,” Mangan said.

Be a safety coach instead

To counteract that, become a safety coach instead of a safety cop, Perkins said. That means engaging in a respectful dialogue with workers instead of simply pointing out what they’re doing wrong.

“That’s especially important when you’re dealing with someone who has a lot more experience or a different skill set or a different perspective. You don’t want to sort of run right over them. You want to make sure that you yield to that different level of experience and that you’re respectful with it.”

During those conversations, you can acknowledge your concern for the employee’s safety while building a rapport with them.

Perkins said a significant step in being a safety coach is getting workers to think about, see and own safety issues. One way to do that is by asking open-ended questions.

For example, say an employee is about to use a ladder. You’d start with general questions such as, “So, can you tell me about what you’re doing?” Later on, you could ask, “Do you have any safety concerns when you’re doing this? What are they?”

Try to avoid using accusatory language, such as “wrong” or “problem,” in your questioning. 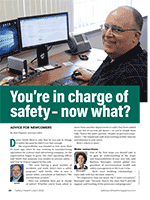 In an article published in the April issue of Safety+Health (“You’re in charge of safety – now what?”), Danny Smith, a senior safety consultant at SafeStart, said that, at a former job, he’d assign self-inspections to employees from certain areas of the plant – tasking them with using the same checklist he did, or filling out a portion of it. This helped the workers understand what to look for and get them engaged in safety.

“Ultimately,” Perkins said, “the goal is to get them to identify the hazard and then collaborate about the best way or ways to manage that hazard. That way it becomes our collective safety concern, not your individual one that you’re imposing on them.”

By engaging in a dialogue and asking questions, you can appear less judgmental while building trust and bringing down any walls among employees. Both sides also can come up with ways that policies and procedures can work even more effectively.

For instance, you can say: I notice you’re not wearing your safety glasses. Is there something going on with the glasses that makes it difficult to work? Are they fogging up?

On the flip side, telling people what to do or micromanaging them can lead to disengagement, which can adversely affect productivity and other areas.

During those dialogues and while asking questions, you can take the time to make safety personal for the employee. Ask: What if something happened here? How would that affect your loved ones or friends? How would an injury affect what you like to do off the job?

“People can easily buy into safety if they understand how it benefits them,” said Crystal Cannan, director of workplace training and survey services at NSC.

Messaging from safety pros and leaders can play a significant role in making safety more personal. Instead of, “Wear your safety glasses,” Mangan said, “Protect your eyes” is a more meaningful message because it gives the reason for wearing the PPE instead of just a rule to follow.

At that same former job, Smith said, he and his employees worked on team-building skills to help generate a safer work environment.

When it comes to interacting with workers, Mangan has one more piece of advice: Get to know them. It can help you grow as a safety pro. “Your ability to influence is enhanced when you really know a worker’s perspective and see the world from their view.”

Are you a ‘Safety Voyager’?