We use cookies to provide you with a better experience. By continuing to browse the site you are agreeing to our use of cookies in accordance with our Privacy Policy.
Home » Nearly 60 percent of home fire deaths involve missing, malfunctioning smoke alarms: report
Home and Community Safety & Health Safety 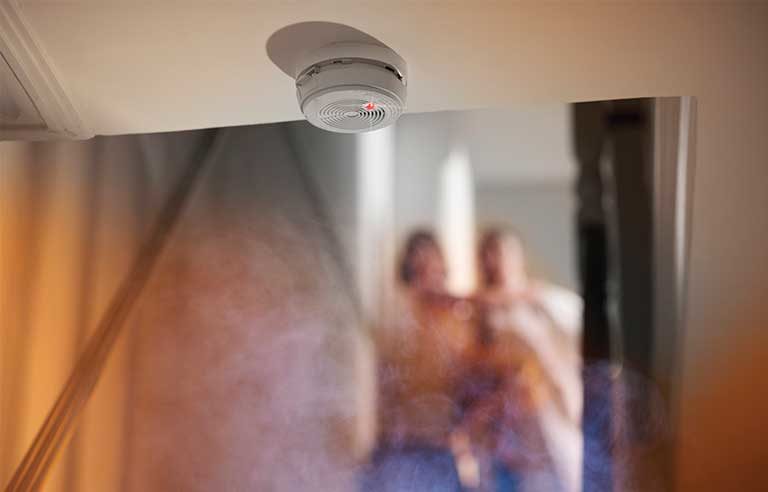 Quincy, MA — Smoke alarms that are missing or not working play a role in nearly 3 out of 5 home fire-related deaths, according to a National Fire Protection Association report published in January.

Researchers analyzed more than 1.7 million home fires reported to U.S. fire departments from 2012 to 2016. Most of the reports came from the U.S. Fire Administration’s National Fire Incident Reporting System and NFPA’s annual survey on fire department experience. The 2016 NFIRS data is the most recent available, the report states.

Smoke alarms were absent in 40 percent of home fires that resulted in deaths, and alarms failed to operate in 17 percent of these incidents.

The risk of dying in a home fire was 54 percent lower where working smoke alarms were present. Victims who died in homes with working alarms were more likely to have had a disability or were in the area of origin, involved in the ignition, fighting the fire themselves or at least 75 years old.

Since 2000, at least 95 percent of surveyed homeowners reported having at least one smoke alarm. In 1977, it was 22 percent.

To help ensure your home’s smoke alarm is working properly, NFPA recommends testing it at least once a month. The organization’s standard on alarms requires at least one positioned outside every sleeping area and at least one on every level of a home.