We use cookies to provide you with a better experience. By continuing to browse the site you are agreeing to our use of cookies in accordance with our Privacy Policy.
Home » Study shows parents unsure how to handle cyberbullying involving kids
Home and Community Safety & Health Safety 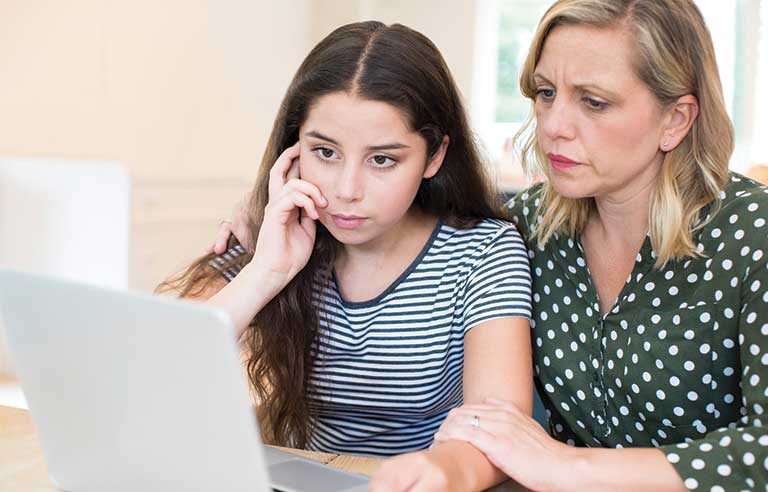 Iowa City, IA — Cyberbullying is an issue many parents struggle to deal with appropriately, with many wondering how and when to report incidents involving their children, according to the results of a recent study.

Researchers from the University of Iowa met with 48 parents of middle school and high school students from Illinois, Iowa and Minnesota. The parents were presented with hypothetical cyberbullying situations involving their children and were asked how they would respond.

“They know they should do something, but what? Go to the school? Talk to other parents?” Rachel Young, study co-author and assistant professor of journalism at Iowa, said in a Feb. 11 press release. “Moreover, they were unsure whether it should be reported to other parents, schools, law enforcement or the websites where the cyberbullying occurred.”

The parents knew schools may get involved, especially when their child’s school performance was affected, but weren’t always sure what school policies were in place or what procedures to follow to report an incident.

“What they do know is if they do the wrong thing, they could shut down communication with their children entirely,” Young said.

Students told researchers during interviews that they would rather handle cyberbullying incidents without their parents intervening, which the parents said they understood.

The researchers suggest parents need more education on when and how to effectively intervene, as well as how to talk with children to help prevent cyberbullying, including managing kids’ screen time. They also said school districts must clearly communicate their expectations of parents in cyberbullying situations and create procedures to report issues.

The study was published online Dec. 1 in the Journal of Youth Studies.