We use cookies to provide you with a better experience. By continuing to browse the site you are agreeing to our use of cookies in accordance with our Privacy Policy.
Home » E-bike and e-scooter batteries can catch fire, association warns
Home and Community Safety & Health Safety Driving 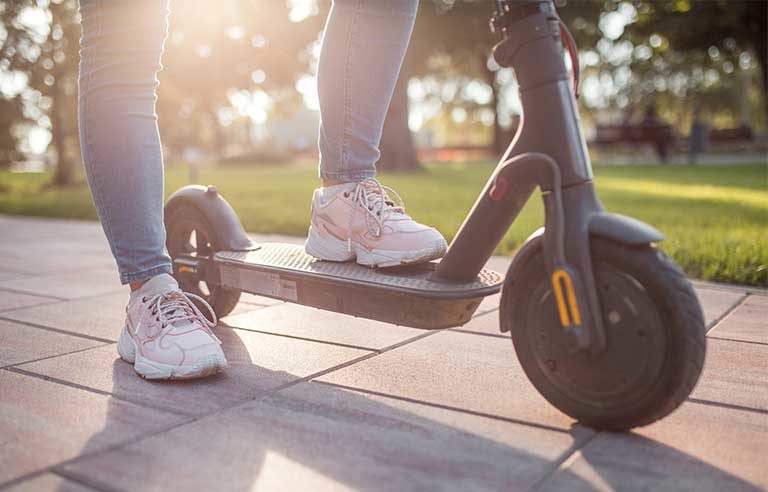 As electric bikes and scooters grow more popular, the National Fire Protection Association is warning that the lithium-ion batteries used to power them can overheat, catch fire and cause explosions.

Although no national data exists on how often e-bikes or e-scooters catch on fire, “it does happen with some regularity – and the numbers are rising,” says the NFPA, which does note that the New York City Fire Department has reported more than 130 such fires so far this year. “These fires have led to five deaths and dozens of injuries. In 2019, the first year FDNY started tracking e-bike fires, only 13 were reported.”

In an effort to prevent further injuries and deaths related to these devices, the NFPA recently published a safety tip sheet. Among its advice: Stop using an e-bike or e-scooter if its battery is emitting smoke or an unusual odor, changes color or shape, becomes hot, doesn’t take a charge, or begins to leak. If the battery does catch fire, leave the area immediately and call 911 – don’t try to put out the fire.

More people are getting hurt on e-scooters and e-bikes, CPSC warns