We use cookies to provide you with a better experience. By continuing to browse the site you are agreeing to our use of cookies in accordance with our Privacy Policy.
Home » International academy renews call for global ban on asbestos use
Asbestos

International academy renews call for global ban on asbestos use 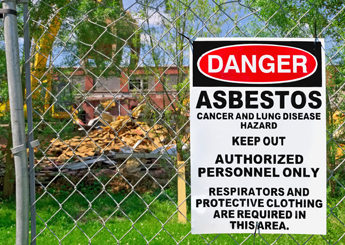 Bologna, Italy – International scientific academy Collegium Ramazzini is emphasizing its position that all use of asbestos should be banned.

In a statement released June 24, the academy calls asbestos and its related diseases a “global health issue” and recommends that countries establish ways to identify workers exposed to the mineral fiber, measure their exposure, and develop methods for surveillance and “secondary prevention.” Countries also should monitor workers’ family members in case they carry asbestos home, the academy states in a press release.

The institute has proposed a worldwide ban on all use of asbestos, including mining and manufacturing, since 1993. The position updates the academy’s previous statements about asbestos by focusing on its worldwide health impact.

Each year, an estimated 107,000 deaths occur globally due to occupational exposure to asbestos, which can result in lung cancer, mesothelioma and asbestosis. Many workers are at high risk of developing asbestos-related diseases, and most are not undergoing health monitoring, according to the academy.