We use cookies to provide you with a better experience. By continuing to browse the site you are agreeing to our use of cookies in accordance with our Privacy Policy.
Home » OSHA’s Michaels: Maine State Plan for public workers a ‘major milestone’
State Plan states 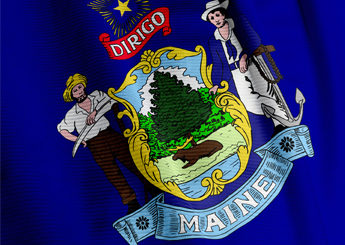 Washington – Maine is set to become the 28th state or territory responsible for its own occupational safety and health enforcement program, OSHA announced Aug. 4.

The Maine Department of Labor’s Bureau of Labor Standards will develop and enforce workplace safety standards covering more than 80,000 state and local government employees. Federal OSHA maintains jurisdiction over private-sector and federal employees in the state.

Maine joins four other states and one U.S. territory that cover only public employees: Connecticut, Illinois, New Jersey, New York and the Virgin Islands. The other 21 states and one territory cover both public and private-sector employees.

“This is a major milestone for Maine public employees and the state’s development of its occupational safety and health program,” OSHA administrator David Michaels said in a press release. “We applaud them for their ongoing commitment to the well-being of government workers who provide the most vital services that make the state of Maine livable and enjoyable.”

States may choose to administer their own State Plan, which must cover public workers and be “as effective as” federal OSHA. Up to half of State Plan costs may be funded by the federal government.