We use cookies to provide you with a better experience. By continuing to browse the site you are agreeing to our use of cookies in accordance with our Privacy Policy.
Home » New legislation would require epinephrine injectors on airplanes
Legislation Air 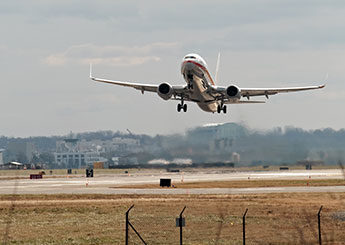 Washington – A group of senators has proposed new legislation that would require commercial airlines to carry epinephrine auto-injectors to help protect passengers with severe allergies.

Under the Airline Access to Emergency Epinephrine Act (S.1972), introduced by Sens. Mark Kirk (R-IL), Jeanne Shaheen (D-NH) and Mark Warner (D-VA), commercial airlines would be required to have at least one adult dosage and one child dosage of epinephrine auto-injectors onboard.

Flight crew members would be trained on identifying allergy symptoms and administering auto-injectable epinephrine for treatment for anaphylaxis.

The legislation also calls for a Government Accountability Office report to describe how airline policies accommodate passengers with food allergies.

“Travelers with severe allergies deserve peace of mind that their flight crew can respond to an allergy attack,” Kirk said in a press release. “Ensuring epinephrine is available on every flight will make flying safer and could save lives.”

About 15 million Americans have food allergies that can be fatal without prompt care, according to the release.