We use cookies to provide you with a better experience. By continuing to browse the site you are agreeing to our use of cookies in accordance with our Privacy Policy.
Home » Gap has developed between worker and home safety, Hersman says
Statistics

Gap has developed between worker and home safety, Hersman says 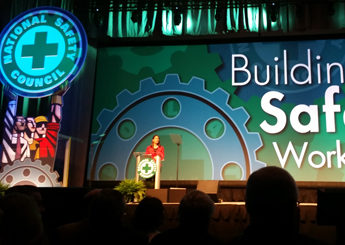 Atlanta – An emphasis on workplace safety must carry over into people’s homes and communities.

That was the message from National Safety Council President and CEO Deborah A.P. Hersman, speaking during a media briefing at the NSC Congress & Expo.

The majority of unintentional deaths and injuries took place at home rather than the workplace. “That’s a great testament to all of the people that are here today because they have worked really hard to drive down that workplace fatality rate,” Hersman said.