We use cookies to provide you with a better experience. By continuing to browse the site you are agreeing to our use of cookies in accordance with our Privacy Policy.
Home » Senators reintroduce Hide No Harm Act
Legislation 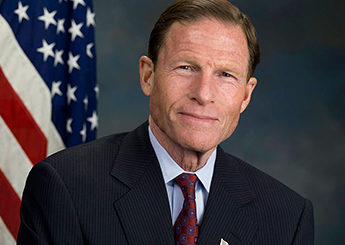 Washington – A year ago, three U.S. senators introduced a bill that would have made it a crime for corporate officers to conceal an action or product that could cause harm to workers or consumers.

The legislation, known as the Hide No Harm Act, stalled in a Senate committee. Now, two of the lawmakers involved in the initial proposal are trying again: Sens. Richard Blumenthal (D-CT) and Bob Casey (D-PA) reintroduced the Hide No Harm Act on Oct. 6. The legislation calls for corporate officers to be fined and imprisoned for up to five years if they knowingly cover up information or fail to warn workers or consumers about dangers associated with a product or a practice. The bill also protects individuals who inform federal agencies about such dangers.

“Countless numbers of workers and citizens have suffered and died because companies withheld and hid information on the dangers of products and exposures like asbestos,” Seminario said in a press release. “This bill would hold corporate officials personally responsible for their role in these deaths and injuries, help stop corporate concealment and save lives.”