We use cookies to provide you with a better experience. By continuing to browse the site you are agreeing to our use of cookies in accordance with our Privacy Policy.
Home » Grain association issues alert on preventing engulfments
Agriculture, forestry and fishing 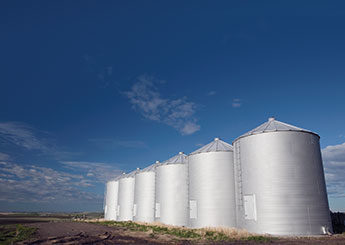 Washington – A recently released safety alert from the National Grain and Feed Association aims to help protect workers from grain engulfments and other hazards.

Workers should refrain from entering a grain storage unit unless absolutely necessary, the alert states. If they must enter, they should follow OSHA’s Grain Handling Facilities Standard.

According to the alert, safety measures for a worker entering a grain bin include:

The alert also points to other resources, including a poster on best practices for entering grain bins and a video, produced jointly with the National Corn Growers Association, about grain bin safety on farms.

In 2014, 17 deaths resulted from at least 38 grain entrapment incidents – 15 percent from the previous year – the alert states, citing a Purdue University report. More than 80 percent of incidents took place at farm bins not regulated by OSHA’s standard on grain handling facilities.