We use cookies to provide you with a better experience. By continuing to browse the site you are agreeing to our use of cookies in accordance with our Privacy Policy.
Home » FAA to scrutinize helicopter safety
Air 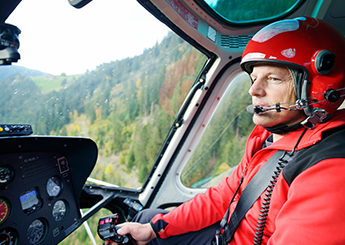 Washington – The Federal Aviation Administration is taking steps to help protect helicopter pilots and passengers in the event of an emergency landing or crash.

The committee’s Rotorcraft Occupant Protection Working Group will provide analysis and recommendations in three reports scheduled to be submitted to FAA during the next six to 24 months. The group will scrutinize airworthiness standards and seek solutions to reduce crash-related fatalities.

FAA says newly built helicopters based on older designs do not have to adhere to heightened safety standards from the 1980s and 1990s. Meanwhile, fatal crash rates have not improved during the past decade, according to a recent study on post-crash fires and blunt force trauma.

“Most helicopters produced today are not required to include life-saving features such as crash-resistant fuel systems and energy-absorbing seats mandated by later rules, and voluntary equipage has been slow,” FAA officials said in a Nov. 5 press release. “In fact, as of the end of 2014, only 16 percent of the U.S. helicopter fleet included crash-resistant fuel systems and only 10 percent had energy absorbing seats.”