We use cookies to provide you with a better experience. By continuing to browse the site you are agreeing to our use of cookies in accordance with our Privacy Policy.
Home » Risk of drowsy-driving crashes higher for night-shift workers: study
Shift work 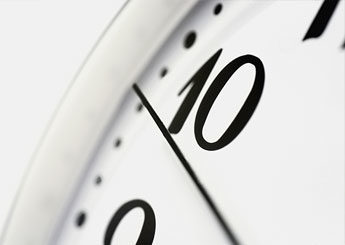 Boston – Shift workers have a high risk for crashes due to drowsy driving after working a night shift, according to a study from Brigham and Women’s Hospital.

Researchers studied 16 night shift workers who participated in two driving sessions around the same time of day on a closed track at the Liberty Mutual Research Institute for Safety. Participants did not work and slept for an average of 7.6 hours before one two-hour driving session. Before the other session, the participants worked a night shift.

Driving was graded based on near crashes, drives ended due to failure to control the vehicle, and how often participants weaved. Near crashes occurred when the vehicle began to leave the road, the driver did not make a correction, and the observer used the secondary brake.

Researchers also looked for measures of drowsiness – such as micro-sleep, which lasts less than three seconds – and “partial eyelid closure with slow eye movement,” a sign of moving to sleep, according to a press release. Participants who slept the previous night were involved in no near crashes, while 37.5 percent of participants who worked the previous night were involved in near crashes, all of which occurred after at least 45 minutes of driving, and seven of their drives ended early due to safety concerns.

After working the night shift, drivers displayed more drowsiness, declining driving performance, and higher risk of near-crashes. Emergency braking was needed for more than one-third of drives after a night shift.

“Drowsy driving is a major and preventable public health hazard,” Dr. Charles A. Czeisler, corresponding study author and chief of the Division of Sleep and Circadian Disorders at the hospital, said in the release. “These findings help to explain why night shift workers have so many more motor vehicle crashes than day workers, particularly during the commute home. Night shift workers should be advised of the hazards of drowsy driving and seek alternate forms of transportation after night shift work.”

The study was published online Dec. 21 in the journal Proceedings of the National Academy of Sciences.