We use cookies to provide you with a better experience. By continuing to browse the site you are agreeing to our use of cookies in accordance with our Privacy Policy.
Home » NSC announces Marion Martin Award winners
Show Daily 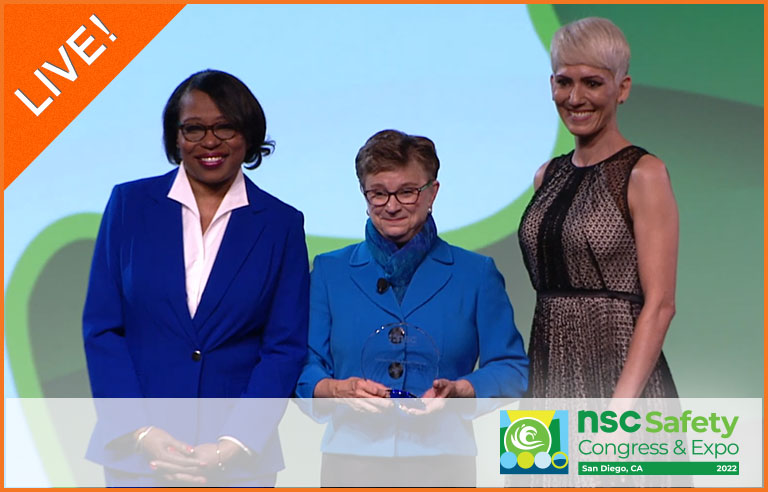 Maude Taylor McGraw and Violet Marrero are the recipients of the 2022 Marion Martin Award, presented annually by the National Safety Council.

This year marks the first time two women of color have been recognized with the award, established in 2016 to celebrate the accomplishments of women in safety who have paved the way to success for other women throughout the profession.

The duo received their awards Monday during the Opening Session at the 2022 NSC Safety Congress & Expo at the San Diego Convention Center.

As the North America HSE regional operations leader for Cummins Inc., McGraw is charged with developing health, safety and environmental strategy for more than 28,000 employees across 285 sites. She previously worked at United Technologies-Carrier Corp., leading the HSE team at the company’s largest establishment. That worksite reduced its recordable injury rate to 0.39 in 2007 from 9.2 in 1999.

“I am beyond thrilled NSC is honoring these two women with our Marion Martin Award,” NSC President and CEO Lorraine M. Martin said. “This honor is designed to reward women who have had a significant impact on other women in the safety field and to celebrate the careers of women who have not only achieved professional excellence, but did so while encouraging other women to pursue a career in safety.”

In 1971, Marion Martin was the first female awardee of the NSC Distinguished Service to Safety Award.