We use cookies to provide you with a better experience. By continuing to browse the site you are agreeing to our use of cookies in accordance with our Privacy Policy.
Home » Job Outlook 2014
Professional development
WHAT ATTRACTS PEOPLE TO EHS CAREERS?

Students often find an environmental, health and safety major is the perfect mix of science and helping people – so why aren't more aware that EHS is a career option? 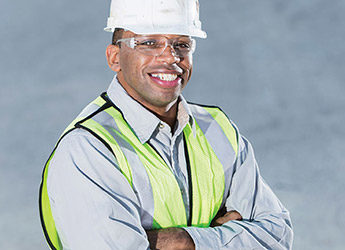 Does the environmental, health and safety profession have an image problem? Ensuring the safety and health of the workforce is important for individual workplaces and the economy, yet many students may not even know the field exists or do not consider it an attractive option.

Patrick Holden, safety manager at Eden Prairie, MN-based Cardinal Glass Industries, discovered this recently when his son enrolled in college. Holden tried talking to him about studying safety, but the teen was not interested.

His observation lines up with results from Safety+Health’s 2014 Job Outlook survey. A total of 959 subscribers took the survey in February. Of those, 75 percent said occupational safety and health was not their first career choice. Of the 718 respondents who answered a follow-up question, 74 percent indicated they were not aware in college that safety and health was a field of study. 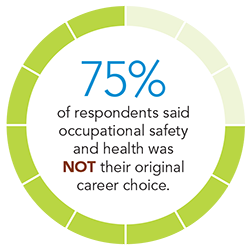 Some of this is understandable. More than half of respondents were 50 or older. OSHA was in its infancy or non-existent when they were college age, and schools may not have had degree programs aligned with a career in safety.

Yet even now, promoting the EHS major remains a challenge for colleges and universities.

“That’s the perennial question,” said Anthony Veltri, associate professor of Environment Occupational Health & Safety at Oregon State University in Corvallis. “I think not only do we struggle with it, but most other colleges and universities do as well.”

> Next: Marketing the safety field