We use cookies to provide you with a better experience. By continuing to browse the site you are agreeing to our use of cookies in accordance with our Privacy Policy.
Home » Salary Survey 2014
Statistics Performance measurement
Salary Survey 2014 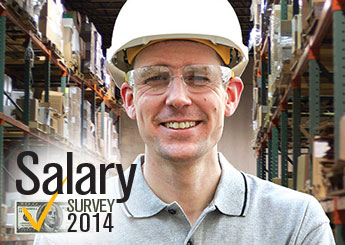 Your employer did pretty well this year. You feel like you were part of the reason for that success. But when it comes to your position, how exactly should your effectiveness be measured? Would it be fair to base your raise or bonus on your employer’s safety performance?

Flip a coin. That’s how close the responses were in Safety+Health’s 2014 Salary Survey.

Both sides provided compelling arguments for their votes and hinted at gray areas that complicated a black-and-white, yes-or-no question. For instance, many safety professionals who responded “no” echoed a concern expressed by OSHA and other stakeholders that tying incentives to safety performance could encourage underreporting of workplace injuries and illnesses. (Check out the responses.)

The survey results also include comprehensive data listing how much safety professionals earn, as well as some of the most lucrative industries and geographic regions. Age and experience tend to play a role in salaries, as do job title and education level.

As was the case one year ago, the top three industries represented in the survey were manufacturing (35.0 percent), construction (15.1 percent), and public administration and government (12.1 percent). The next most popular group of industries was services and education (10.3 percent); utilities (8.0 percent); and mining, oil and gas (7.6 percent).

In each of the top six industries, the most common pay range was between $100,000 and $125,999. But some industries featured a greater proportion of six-figure earners than others. For example, 50.8 percent of respondents in mining, oil and gas said they earn at least $100,000. That is twice as much as in public administration/government, where 25.4 percent of respondents said they earn at least $100,000. Other industries fell somewhere in between when it came to earning at least $100,000: construction (33.5 percent), utilities (32.1 percent), manufacturing (32.0 percent), and services and education (29.9 percent).

Knowledge is (earning) power. On average, the survey indicated a strong correlation between education level and salary range. Take a look at the most common salary ranges based on respondents’ highest level of education:

The percentage of safety professionals who earn at least $100,000 showed a similar trend:

When it came to compensation and geography, the Pacific and Mountain region proved to be the most lucrative, with 36.6 percent of safety professionals earning $100,000 or more. That was followed by Central (34.2 percent), New England (32.0 percent), South Atlantic (31.8 percent), Mid-Atlantic (31.3 percent), Great Lakes (27.0 percent) and East South Central (26.0 percent).