We use cookies to provide you with a better experience. By continuing to browse the site you are agreeing to our use of cookies in accordance with our Privacy Policy.
Home » States must bolster traffic safety laws, advocates say
Federal agencies Statistics Transportation 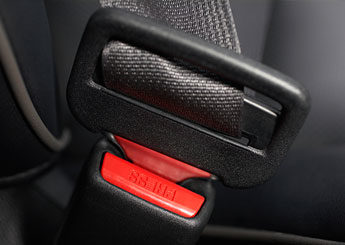 Washington – One number – 32,719 – earned many mentions during a recent press conference hosted by Advocates for Highway and Auto Safety.

That number represents the lives lost because of vehicle crashes in 2013, according to David Friedman, deputy administrator of the National Highway Traffic Safety Administration.

Traffic-related fatalities have fallen by almost 25 percent in the past decade, but Friedman and other experts agreed that significant work remains. Advocates for Highway and Auto Safety called for action at the press conference by releasing its 2015 Roadmap of State Highway Safety Laws, which aims to close loopholes in state laws involving safety belts, distracted driving, booster seats and other issues.

Advocates ranked states based on the strength – or absence – of traffic safety laws such as a primary safety belt law that covers all positions in the car. Only 17 states and the District of Columbia currently feature such a law, which allows law enforcement to issue a citation without another violation occurring.