We use cookies to provide you with a better experience. By continuing to browse the site you are agreeing to our use of cookies in accordance with our Privacy Policy.
Home » West Virginia mining bill sparks debate
Legislation Coal 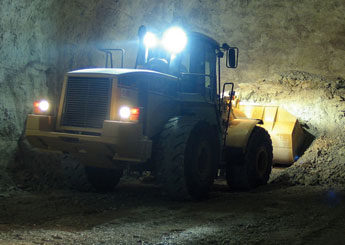 Charleston, WV – Lawmakers in West Virginia passed a bill that will revise several mining laws within the state but is drawing criticism from safety advocates.

The Coal Jobs and Safety Act, which passed by a 73-25 vote in the state’s House of Delegates, advanced to Gov. Earl Ray Tomblin’s desk on March 6 for final approval. Tomblin (D) signed the bill into law March 12.

The new law abolishes the state’s Diesel Equipment Commission and revises some of the state’s more stringent mining laws to align them with federal laws. The bill’s advocates said changes are necessary for West Virginia to remain competitive with other coal-producing states.

However, the United Mine Workers of America has voiced concerns.

“As long as miners continue to die in West Virginia’s mines, we need to be looking for ways to strengthen health and safety protections, not gut them,” UMWA International President Cecil E. Roberts said in a press release.

The West Virginia Coal Association said Roberts is off base, and that the bill will maintain safety while trying to reverse massive job losses.

“As any miner knows, West Virginia has the most stringent laws and regulations found anywhere in the world,” WVCA Senior Vice President Chris Hamilton said in a press release.