We use cookies to provide you with a better experience. By continuing to browse the site you are agreeing to our use of cookies in accordance with our Privacy Policy.
Home » Report: DOD data systems hinder ability to monitor soldiers’ health risks
Federal agencies Safety measurement systems Military 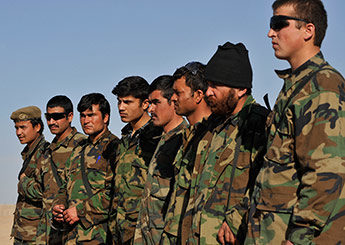 Washington – U.S. service members deployed to the Middle East may be facing occupational health risks due to a lack of health monitoring and flaws in the Department of Defense’s multiple data storage systems, according to a Government Accountability Office report released June 22.

Instead of a single repository to store occupational and environmental health surveillance (OEHS) data, two systems are currently used. The report states that this has led to fragmented and duplicative OEHS data, which hinders research and determinations of whether military personnel’s health conditions are related to their service.

GAO found a lack of quality assurance for the data, which may affect reliability. Additionally, no proactive monitoring is conducted to ensure base commanders are mitigating potential health risks for service members deployed to Iraq and Afghanistan.

GAO recommended the following to DOD:

DOD concurred with GAO’s recommendations, and said it would revise its policies.

Endometriosis in their 40s may hinder women’s ability to work: study