We use cookies to provide you with a better experience. By continuing to browse the site you are agreeing to our use of cookies in accordance with our Privacy Policy.
Home » MSHA: Respirable coal dust rule reforms effective
Workplace exposures Respiratory conditions Coal 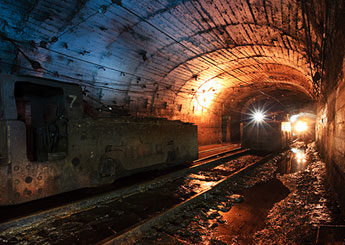 Arlington, VA – One year after a respirable coal dust rule went into effect, sampling results are showing that mines are complying with reforms and better protecting coal miners from black lung disease, the Mine Safety and Health Administration recently announced.

Only 1.1 percent of the nearly 62,000 samples collected from surface and underground coal mines since the rule went into effect surpassed the dust concentration limit, the agency said. The annual average concentration of respirable dust for the “dustiest” mining jobs declined to a historic low of 0.65 milligrams per cubic meter of air, according to a press release.

Last year, MSHA revised its standards to help protect miners through lower exposure limits, more frequent sampling and other measures. The rule has sparked backlash and is under review by the 11th U.S. Circuit Court of Appeals.

During Phase I of the rule, a full-shift sample could determine compliance, as opposed to an average of samples, which could expose miners to higher dust levels, the agency states.

Starting Feb. 1 during Phase II, continuous personal dust monitors will track underground coal mine operators exposed to the highest concentrations and miners with evidence of black lung. During Phase III, the dust concentration limit for the “dustiest areas” will decrease.