We use cookies to provide you with a better experience. By continuing to browse the site you are agreeing to our use of cookies in accordance with our Privacy Policy.
Home » OSHA looks to focus on more ‘impactful’ inspections for FY 2016
Federal agencies Inspections

OSHA looks to focus on more ‘impactful’ inspections for FY 2016 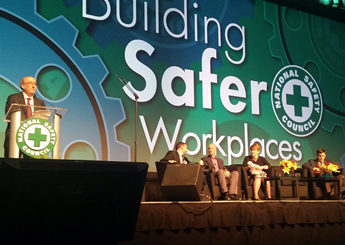 Atlanta – OSHA is changing the way it approaches inspections.

As of Oct. 1, the agency will move away from tallying the number of inspections it conducts in an attempt to emphasize quality over quantity, OSHA administrator David Michaels said during the Occupational Keynote at the NSC Congress & Expo.

OSHA refers to the new strategy as the “Enforcement Weighting System.” The agency stated that it will measure its inspections in “enforcement units” rather than number of inspections, and the number of units per inspection will vary depending on how much time it requires.

“I think you’ll see more complex inspections, and I think those end up being the more impactful inspections,” Michaels said.

For example, he said, inspection cases might involve waiting for laboratory results or interviewing workers about chemical exposures. Both actions require time and diligence to produce an effective inspection that could lead to improved worker safety.

“Our industrial hygienists who are trained to do that right now often don’t have a chance to do that because there is pressure to make their numbers,” Michaels said.