We use cookies to provide you with a better experience. By continuing to browse the site you are agreeing to our use of cookies in accordance with our Privacy Policy.
Home » NHTSA: Put passenger safety belts on all school buses
Federal agencies Bus/limo/taxi 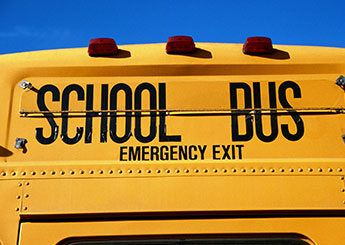 Richmond, VA – Every child riding a school bus should be secured with a three-point safety belt, the head of one U.S. transportation safety agency said over the weekend.

“The position of the National Highway Traffic Safety Administration is that seat belts save lives. That is true whether in a passenger car or in a big yellow bus,” Mark Rosekind, NHTSA administrator, said in a speech Nov. 8 to the National Association for Pupil Transportation.

This represents a change in position for the administration, but Rosekind said the new take is consistent with his administration’s role in improving road safety and matches the public view that the devices are “icons of safety.” He stressed, however, that the administration is not announcing a rulemaking to require safety belts in all buses at this time.

In a Nov. 9 statement, the National Safety Council applauded NHTSA’s advocacy for safety belts in buses, but also stressed the need for more defensive driving education for all drivers, crash avoidance and mitigation technologies, and improved occupant protection across all modes of transportation.