We use cookies to provide you with a better experience. By continuing to browse the site you are agreeing to our use of cookies in accordance with our Privacy Policy.
Home » Jury convicts former Massey Energy CEO Blankenship for fatal mine blast
Federal agencies Leadership 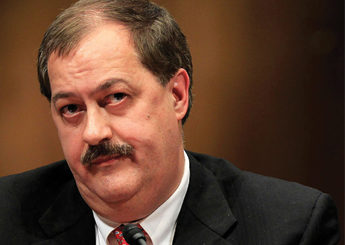 Charleston, WV – A federal jury convicted former Massey Energy Co. CEO Don Blankenship on a misdemeanor charge of conspiring to violate mine safety regulations at the Upper Big Branch mine, where 29 workers died in West Virginia after a methane explosion in April 2010.

The conviction, which was announced Dec. 3, could carry up to one year in prison for Blankenship. However, jurors did not convict Blankenship on a more serious conspiracy charge that could have carried a prison sentence of up to five years. Prosecutors initially sought a 30-year prison term. Blankenship is believed to be the highest-profile executive to be convicted in a case involving a workplace safety violation.

A Nov. 15, 2014, federal indictment alleged that Blankenship oversaw a conspiracy in which advance notice was given before mine safety inspections. Because of the advance notice, the indictment stated, officials could hide or cover up safety violations that otherwise were routine occurrences at the mine.

In a press release, United Mine Workers of America International President Cecil E. Roberts said Blankenship’s conviction could not bring back the Massey workers who were killed. “But a message has gone out today to every coal operator in America who is willing to skirt mine safety and health laws: you do so at your own personal risk,” Roberts said.

Sen. Joe Manchin (D-WV) echoed praise for the jury. “I am pleased the jury’s decision today has brought some measure of justice to one of the most tragic mining disasters in recent history,” Manchin said in a statement.