We use cookies to provide you with a better experience. By continuing to browse the site you are agreeing to our use of cookies in accordance with our Privacy Policy.
Home » Want to sleep better? Cut the sugar and fat, researchers say 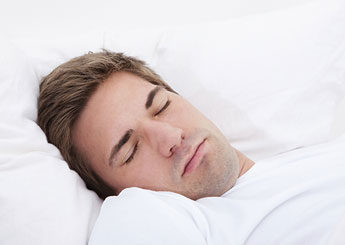 New York – Diets that are high in saturated fat and sugar and low in fiber may contribute to sleep that’s lighter, more disrupted and less restorative to health, according to researchers at Columbia University.

Over a five-night period in a sleep lab, 26 participants slept for an average of 7 hours and 35 minutes per night while spending nine hours in bed. On average, participants were 35 years old and were of normal weight. A test gathered sleep data each night. Data was examined on the third night after three days of controlled eating and on the fifth night after a day of uncontrolled eating.

The results: After uncontrolled eating, participants experienced less “slow wave” (deep) sleep and took longer to fall asleep, according to the study abstract. In addition, participants who ate more saturated fat experienced less deep sleep, while consumption of more sugar was associated with an increase in sleep disruptions.

In contrast, participants who ate more fiber got more deep sleep. Researchers also found that when participants were given nutritionist-provided meals that were lower in saturated fat and higher in protein, they fell asleep within 17 minutes, compared with 29 minutes when eating food of their own choice.

“Our main finding was that diet quality influenced sleep quality,” principal investigator Marie-Pierre St-Onge, assistant professor in the department of medicine and Institute of Human Nutrition at Columbia University Medical Center, said in the press release. “It was most surprising that a single day of greater fat intake and lower fiber could influence sleep parameters.”

The study was published in the January issue of the Journal of Clinical Sleep Medicine.