We use cookies to provide you with a better experience. By continuing to browse the site you are agreeing to our use of cookies in accordance with our Privacy Policy.
Home » WHO: Mosquito-borne Zika virus may spread to U.S., pose threat to pregnant women

WHO: Mosquito-borne Zika virus may spread to U.S., pose threat to pregnant women 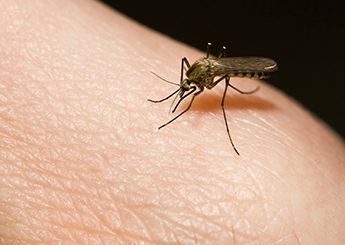 Washington – Zika, a mosquito-borne virus new to North and South America, could spread into the United States, the World Health Organization’s regional office for the Americas warned Jan. 24.

The virus is actively being transmitted in 21 countries and territories in the two continents, including in Puerto Rico and Mexico, after first being transmitted in Brazil in May 2015. The Pan American Health Organization anticipates the virus will spread to most countries in the Americas, including the United States. It is not expected to spread to Canada or continental Chile because those countries do not have the type of mosquito that transmits the virus.

Zika is usually mild in adults, resulting in a fever, joint pain or red eyes, according to the Centers for Disease Control and Prevention. However, the virus can cause birth defects or poor pregnancy outcomes when pregnant women are infected. As a result, CDC issued an alert recommending “enhanced precautions” when traveling to regions with active Zika transmission. Precautions include covering exposed skin with clothing, using insect repellents and permethrin-treated clothing, and sleeping in screened-in or air-conditioned rooms.

CDC also recommends that pregnant women and women trying to become pregnant postpone travel plans to regions where Zika is circulating. If pregnant women do intend to travel to such areas, they should consult their health care provider before travel and upon their return, and take steps to avoid mosquito bites.

Vaccines and medicine for treating Zika infections do not exist.

UPDATE: On Jan. 28, the World Health Organization announced it will convene an International Health Regulations Emergency Committee regarding the Zika virus. The committee is scheduled to meet Monday, Feb. 1 in Geneva, Switzerland, “to ascertain whether the outbreak constitutes a Public Health Emergency of International Concern,” according to a WHO statement.