We use cookies to provide you with a better experience. By continuing to browse the site you are agreeing to our use of cookies in accordance with our Privacy Policy.
Home » Frequent changes in sleep linked to poor metabolic health in women: study 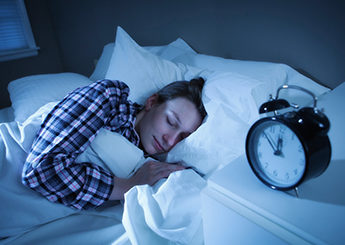 Pittsburgh – Irregular sleep schedules may contribute to poorer metabolic health in middle-aged women, according to a University of Pittsburgh study.

Researchers examined data from the Study of Women’s Health Across the Nation Sleep Study. Nearly 400 women ages 48 to 58 of various races who were not shift workers were involved in the study.

The women kept track of their daily bedtimes, which were used to measure sleep timing known as “mean bedtime,” “bedtime variability,” “bedtime delay” and “bedtime advance,” a press release states. Body mass index and insulin resistance were recorded at the beginning of the study and after an average of five years.

Researchers found that more frequent changes in bedtime and larger delays in bedtime were linked to higher insulin resistance. Other findings include:

Researchers speculate that frequent changes in a sleep schedule subject an individual to different amounts of light, the most crucial cue for the circadian clock, possibly impairing glucose metabolism.

The findings stress the importance of having a consistent sleep schedule, American Academy of Sleep Medicine President Nathaniel Watson, who was not part of the study, said in a press release. Adults should sleep at least seven hours per night and go to sleep and wake up around the same time on weekdays and weekends.

“Irregular sleep schedules, including highly variable bedtimes and staying up much later than usual, are associated in midlife women with insulin resistance, which is an important indicator of metabolic health, including diabetes risk,” study senior author Martica Hall, professor of psychiatry at the University of Pittsburgh, said in the release. “We found that weekday-weekend differences in bedtime were especially important.”

The study was published in the February issue of the journal Sleep.