We use cookies to provide you with a better experience. By continuing to browse the site you are agreeing to our use of cookies in accordance with our Privacy Policy.
Home » NTSB makes recommendations for preventing lithium battery fires on cargo planes
Air Transportation 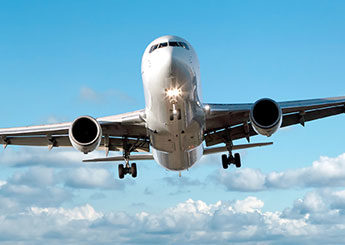 Washington – In an effort to prevent overheating, fires and explosions on cargo planes, officials from the National Transportation Safety Board have issued a pair of safety recommendations regarding the bulk shipment of lithium batteries.

The agency “urges the Pipeline and Hazardous Materials Safety Administration to take action on the safety recommendations,” NTSB Chairman Christopher A. Hart wrote in a nine-page letter to PHMSA Administrator Marie Therese Dominguez.

NTSB’s recommendations are as follows:

The recommendations follow NTSB’s investigation into a July 2011 in-flight fire and crash of Asiana Airlines Flight 991 in international waters west of South Korea. NTSB officials also said recent research, including a 2011 study from the agency, found inconsistencies in the amount of time before cargo container fires are recognized by aircraft smoke detectors.

“Based on this research and test data, the NTSB is concerned that when fires inside containers become detectable to an aircraft’s smoke detection system, there is little time until the fires reach levels that can compromise the integrity of the cargo compartment and then threaten the structure and systems of the aircraft,” Hart wrote. “The NTSB is further concerned that in a cargo fire situation, the close proximity of lithium cells and batteries with other flammable materials would significantly increase the severity of the fire and reduce the time for flight crews to react.”