We use cookies to provide you with a better experience. By continuing to browse the site you are agreeing to our use of cookies in accordance with our Privacy Policy.
Home » Vermont bill on paid sick leave passes Senate
State laws 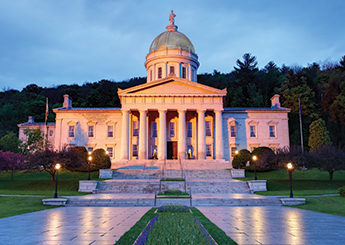 Montpelier, VT – Vermont may be on track to become the fifth state in the nation to guarantee paid sick leave for workers.

State senators approved a proposal Feb. 10 that would give workers across the state access to three paid sick days after they have worked for one year. The measure headed to the state’s House of Representatives, where it remained under consideration at press time.

If approved, the bill would allow workers to accrue one hour of paid leave for every 52 hours on the job. Senators rejected a proposed amendment that would have exempted organizations with five or fewer employees from the requirement.

According to the Washington-based National Partnership for Women and Families, more than 43 million people in the United States do not have access to paid sick leave.