We use cookies to provide you with a better experience. By continuing to browse the site you are agreeing to our use of cookies in accordance with our Privacy Policy.
Home » Eggs may not increase heart disease risk: study 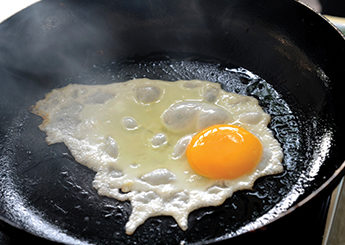 Kuopio, Finland – Good news, egg lovers: Although eating one egg a day may increase your dietary cholesterol, it doesn’t appear to increase your risk of developing heart disease, according to a new study.

Researchers from the University of Eastern Finland analyzed the eating habits of more than 1,000 men ages 42 to 60 as part of the study. During follow-up with the group 21 years later, researchers found that a high intake of dietary cholesterol was not associated with an increased risk of coronary heart disease.

The same finding held true even for men who were genetically predisposed to be vulnerable to dietary cholesterol, researchers said.

The study was published Feb. 10 in the American Journal of Clinical Nutrition.