We use cookies to provide you with a better experience. By continuing to browse the site you are agreeing to our use of cookies in accordance with our Privacy Policy.
Home » OSHA releases bulletin on hydrogen gas purging
Utilities 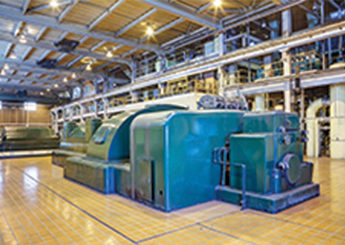 Washington – Hydrogen gas-cooled electric generators are used by many electric power plants, and employers should ensure the gas is properly purged before maintenance to minimize the risk of fatal flash fires, a new Safety and Health Information Bulletin from OSHA warns.

The bulletin, issued in January, includes a case study in which workers did not properly purge hydrogen gas from a bushing box, a housing containing generator lead terminals. When a worker entered the bushing box with an electric light and fan, a flash fire erupted and fatally burned the worker.

To prevent injuries or deaths when purging hydrogen gas from generator housings and bushing boxes, OSHA recommends these tips: