We use cookies to provide you with a better experience. By continuing to browse the site you are agreeing to our use of cookies in accordance with our Privacy Policy.
Home » X-rays don’t cause cancer: study 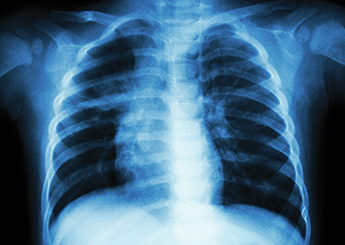 Maywood, IL – The idea that medical imaging technology – including X-rays and CT scans – causes cancer is not rooted in evidence, claims a recent study.

Researchers examined a model known as linear no-threshold that is used to estimate cancer risks from medical imaging. The model is based on 70-year-old studies, and researchers found the model’s risk estimates were theoretical and lacked sufficient evidence, according to a Feb. 4 press release from Loyola University Medical Center in Illinois.

As a result of the model, some doctors may avoid using imaging techniques that could be useful in diagnoses, and the public may be discouraged from necessary imaging in an effort to avoid radiation exposure. The researchers noted that although the model assumes no level of radiation is safe, the human body has evolved to handle low-dose radiation.

“We are literally bathed every second of every day in low-dose radiation exposure due to natural background radiation,” researchers wrote in the study’s abstract. “Yet, the persistent use of the linear no-threshold model for risk assessment by regulators and advisory bodies continues to drive an unfounded fear of any low-dose radiation exposure, as well as excessive expenditures on putative but unneeded and wasteful safety measures.”

The researchers recommended abandoning the use of the linear no-threshold model.

The study, published in the American Journal of Clinical Oncology, was conducted by researchers from Nuclear Physics Enterprises, Loyola University Medical Center, NAC International, and the Food and Drug Administration’s Center for Devices and Radiological Health.