We use cookies to provide you with a better experience. By continuing to browse the site you are agreeing to our use of cookies in accordance with our Privacy Policy.
Home » Should pregnant women eat fish? ‘Thoughtful’ choices can provide benefits, study suggests 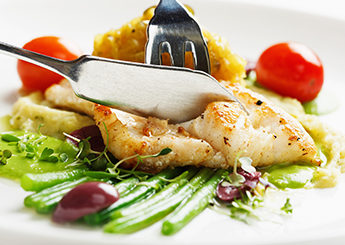 Cincinnati – The health benefits of eating fish may outweigh the potential risks of low-level mercury exposure for women who are pregnant, according to a recent study from Cincinnati Children’s Hospital Medical Center.

Researchers analyzed the behavior of nearly 350 infants and compared it with mothers’ fish consumption during pregnancy. Infants whose mothers ate more fish showed better attention and required less special handling during a newborn exam. Eighty-four percent of mothers said they ate fish during pregnancy, although they averaged only 2 ounces of fish per week.

The Food and Drug Administration and the Environmental Protection Agency updated their guidance in 2014 to recommend that pregnant women eat 8 to 12 ounces of fish per week – more than previously suggested. Both groups encourage women to eat fish with the lowest mercury levels.

“The important thing for women to remember is that fish offers excellent nutritional qualities that can benefit a developing baby or young child,” study author Kim Yolton said in a press release. “Moms just need to be thoughtful about which fish they eat or provide to their child.”