We use cookies to provide you with a better experience. By continuing to browse the site you are agreeing to our use of cookies in accordance with our Privacy Policy.
Home » House votes to undo federal contractor disclosure requirements
Contractors Legislation Executive/legislative/judicial 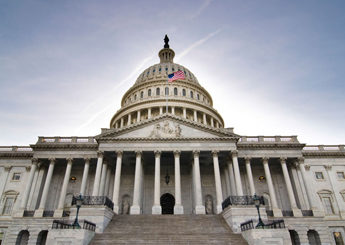 Washington – The House of Representatives has voted to block the so-called “blacklisting” rule that sought to force federal contractors to disclose previous labor-law violations.

On Feb. 2, members of the House voted 236-187 to pass a resolution that would undo the federal contractor disclosure requirements. The measure moves on to the Senate, where it remained as of press time.

The rule has stirred controversy since former President Barack Obama introduced it in the Fair Pay and Safe Workplaces Executive Order in July 2014. As part of the rule, employers bidding for a federal contract worth $500,000 or more were required to disclose any of 14 established violations of workplace protections during the previous three years.

Rep. Virginia Foxx (R-NC) sponsored the resolution to turn back the Executive Order. She and other Republicans have said the rule creates burdens for small businesses.

“This flawed and unnecessary blacklisting rule has always been a solution in search of a problem,” Foxx said in a press release. “As we’ve said repeatedly, the best way to ensure fair pay and safe workplaces is to enforce the existing suspension and debarment system. This rule would make that system simply unworkable, which would hurt workers, taxpayers, small businesses and our Armed Forces.

“Congress has a responsibility to put a stop to misguided rules, and today’s vote is an important step. Let’s reject this flawed rule and encourage the new administration to use the tools it already has to protect workers and hold contractors accountable.”

The rule has faced scrutiny since its inception. In October 2016, a federal judge issued a preliminary injunction against the rule one day before it was set to take effect. Judge Marcia A. Crone, of the U.S. District Court for the Eastern District of Texas, said the rule could disqualify employers “based on ‘administrative merits determinations’ that are nothing more than allegations of fault.”

Democrats argue that the rule improves worker protections by excluding “bad actors” from receiving lucrative federal contracts. Reps. Bobby Scott (D-VA) and Elijah Cummings (D-MD) issued a joint statement in 2016 that said “doing business with the federal government is a privilege, not a right.”

Other groups, including the Center for American Progress Action Fund, insist the rule is necessary to protect workers.

“The Fair Pay and Safe Workplaces Executive Order promised to protect millions of workers and ensure that law-abiding businesses can compete on an even playing field and that taxpayers receive a good value for their investments,” Karla Walter, director of the American Worker Project at CAP Action Fund, said in a press release. “By moving to repeal these protections, House Republicans have announced their intent to harm workers, taxpayers, and law-abiding businesses by threatening wages, undermining workplace safety and protections, reducing contractor accountability, and laying the foundation for cronyism.”