We use cookies to provide you with a better experience. By continuing to browse the site you are agreeing to our use of cookies in accordance with our Privacy Policy.
Home » Want phthalates with that? Study links eating out with consumption of potentially harmful chemicals
Home and Community Safety & Health

Want phthalates with that? Study links eating out with consumption of potentially harmful chemicals 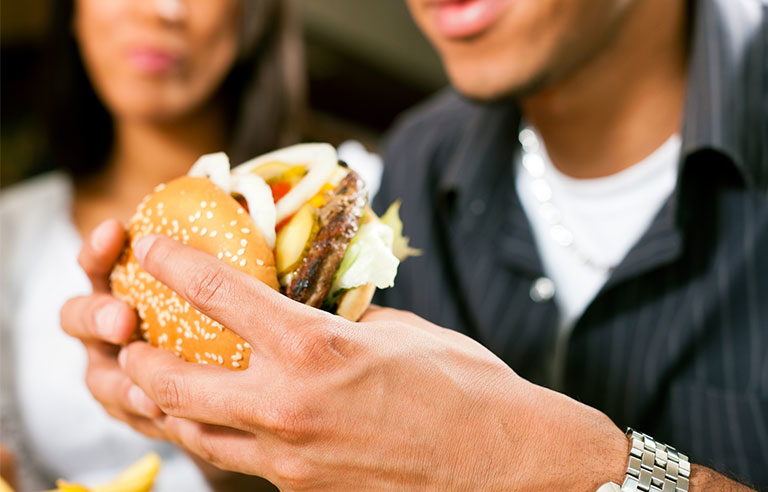 Berkeley, CA — Do you prefer going out for a bite with friends instead of cooking at home? Before you dig into that burger, consider this: A recent study shows that food consumed while dining out may contain hormone-disrupting chemicals called phthalates, which have been linked to a number of health-related issues.

Phthalates are chemicals found in food packaging and processing materials, used to make plastics more flexible and sturdy. The chemicals are considered endocrine disruptors, meaning they can cause reproductive issues, metabolic syndrome and neurodevelopmental problems.

To compare the phthalate exposure risk between home-cooked meals and food prepared in restaurants, fast-food establishments and cafeterias, a team led by researchers from the University of California, Berkeley used data from the National Health and Nutrition Examination Survey collected between 2005 and 2014. More than 10,000 participants recalled what they had eaten and where their food came from in the 24 hours prior to taking the survey. The researchers then studied the links between what participants ate and the levels of phthalate breakdown products found in their urine samples.

Results showed that people who ate out had a cumulative daily intake of phthalates that was 35 percent higher than consumers who prepared their meals at home. More specifically:

“The findings are worrisome because two-thirds of the U.S. population eats at least some food outside the home daily,” the researchers said in a March 28 press release. “Preparing food at home may represent a win-win for consumers. Home cooked meals can be a good way to reduce sugar, unhealthy fats and salt. And this study suggests it may not have as many harmful phthalates as a restaurant meal.”

The study was published online March 28 in the journal Environmental International.